The ARC and the Covenant

Getting an advance peek comes with an obligation. 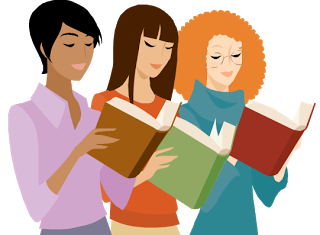 Until recently, I didn’t know much about advance reader copies (ARCs) or the readers who were lucky enough to get one. Being a short-story writer, it wasn’t particularly relevant, so I didn’t pay much attention to it. As I write longer and longer pieces, the need to understand why authors use ARCs and the obligations of ARC readers is more pressing.

Authors or publishers give out ARCs to popular review sites, bloggers, and sometimes readers. A good review can certainly boost an author’s sales if the venue is well respected. But smaller sites and fans have their place, too, especially as more writers make forays into the world of self-publishing. Reviews on big online book-buying venues are increasingly important for marketing purposes. There’s the obvious “starring” of a book that gives potential readers an idea of whether they’d like to read a particular book.

But there’s also another reason authors urge readers to review their work: exposure. Taking Amazon as an example, there is supposedly some magic number of reviews — that is completely independent from the rating the book receives — that determines how much exposure the book garners on the site.

So, if you love to read urban fantasy and you go to Amazon to look for a new book, certain urban-fantasy books will pop up on your feed. Books that have five reviews are less likely to show up on your feed than books with 105, even if the star level on the book with only five is much higher than the other one. That’s apparently because of a marketing algorithm Amazon uses to determine which books get more screen time than others.

Authors and some publishers might then make the decision to give out a certain number of ARCs with the assurance that the reader will leave them a review on particular sites — Goodreads, Barnes & Noble, Amazon, just to name a few.

How do I become an ARC reader? It depends on the author. Some don’t do ARCs for readers, only for professional reviewers. But many authors will give away a certain number of ARCs to readers in exchange for a review.

I know there are some writers who say upfront they won’t put you on an ARC-review team unless you promise to give them above three stars. I think this is unprofessional because a reader should be able to rate the book as they see fit. If you didn’t write a five-star book, I don’t think you should insist your reviewers lie and say it’s five stars. Fortunately, those authors seem few and far between. Most will say they want an honest review.

Authors who have ARC-review teams often get those volunteers from social media. Sometimes they’ll have a private Facebook group you can request to join that will bring you the latest updates, sometimes sneak peeks at their latest work, and an offer to receive an ARC in exchange for a review.

Currently, I have two ARCs I’ve finished reading and will leave reviews on particular dates of the author’s choosing. A.M. Arthur is an author of LGBTQ romance, and I’ve just read the fourth book in the Perspectives series, Their Life as They Live It. For anyone who thinks romance is all bodice-rippers and bad writing, I challenge you to pick up this series and rethink your position.

I happen to be “friends” with Arthur on Facebook and was at the right place at the right time to receive an ARC. I’m also reviewing Rhys Ford’s fabulous urban-fantasy novel, Dim Sum Asylum. I’m in Ford’s Coffee, Cats, and Murder Facebook group, and she asked for ARC readers, then did a lottery since so many people wanted in.

So, in general, if you want to be an ARC reader, there’s no guarantee, but you can always follow your favorite author on Facebook and see if there are opportunities to become a reviewer. You can also chat them up at conferences or other events and ask if they give out ARCs of their work and whether they would consider adding you to the list.

Oh, and just remember: If you do become an ARC reader, you have an obligation to review that book for them. By accepting their ARC, you are committing to a review.

Will they come after me if I don’t do it? Nah, but I guarantee you’ll go on a list they keep so you’ll never get another ARC from them again, and they may share that list with their author friends. So, make sure you follow through. It’s fun to get a sneak peek, but keep in mind that this is their livelihood.

Seeking help from these writerly guides is a no-brainer.

For procrastinators, a strategic plan and writer’s journal keep the word count moving.