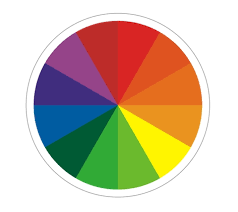 I, like many people, was fascinated by the controversy surrounding this year’s Academy Awards.

For anyone who may have been trapped with Matt Damon on Mars and missed the Oscar coverage because, ahem, the potatoes needed more fertilizer, let me recap: The nominations for all the major Academy Awards went to white people. For the second year in a row.

I have my own opinions about the movie brouhaha, which I’ll keep to myself, but it did spur me to think about white authors and the diversity question.

Just how should they integrate minority characters into their novels?

(I am primarily talking about modern novels. Period novels and nonfiction books are less problematical. The author of a history or novel about the Civil War that features only white people would have a lot of splainin’ to do, Lucy. And the Boxer Rebellion without Asians is a rocky proposition. Sorry, I couldn’t resist!)

I write mysteries and thrillers set in current times. My main protagonists are white, heterosexual (aggressively so!), handsome, and tough men of the world. I naturally modeled them after myself. (Okay, everyone who knows me can now stop laughing.) Of course, if anyone wants to make a movie out of one of my books, with Denzel Washington or Idris Elba in the lead, I’ll rewrite every line. I like all colors, but green is my favorite.

There is at least one strong woman in all my novels who often plays a role almost as crucial as my main character. She is always beautiful and accomplished, and usually just as tough, or tougher, than my heroes. Most of the women are white, but I am introducing other races into the mix. And some of the women are more sexually “diverse” than my guys, usually because I need some spice to further a plot. Or maybe I’m just fantasizing.

But what about secondary characters and villains?

First, the secondary characters. My heroes are basically private eyes or government agents, who naturally deal with other detectives, agents, and a wide assortment of private citizens. I make it a point to include as many races into the mix as I can. But not as sidekicks! Tonto need not apply.

Readers of this column know that I am a big fan of Robert B. Parker and his Spenser novels. And I give Parker credit for creating the unique character of Hawk, the black leg-breaker who morphs into Spenser’s best friend, ally, and, in many cases, conscience. But Parker often spends a lot of time talking (through Hawk) about the black experience. He tries to make Hawk more than a sidekick, but I am not sure he entirely succeeds. The same holds true for Parker’s gay characters.

In my books, the minorities are just THERE, and are competent or incompetent, smart or stupid, good-looking or ugly, etc. I don’t make a big deal about it. To treat them otherwise is condescending. That’s not to say that I don’t ascribe prejudices to other characters. The real world is full of jerks. And we, as authors, write about the real world.

Now, villainy. I have featured Asian, black, Hispanic, and many other non-white villains — a veritable United Nations of killers, both male and female. If you put them in a room, they would look like the cast from “Star Trek.” I don’t try to whitewash their evil (perhaps I could have found a better word than whitewash, but I’m trying for some irony here) or explain it away. That, too, would be condescending. They are just THERE.

In novels, writers should not discriminate. Bad people are as good as anyone else.

Lawrence De Maria, once a Pulitzer-nominated New York Times reporter, has written more than a dozen thrillers and mysteries on Amazon.com. His most recent mystery, Turtle Dove, is available at ST. AUSTIN’S PRESS (BOOKS BY DE MARIA).