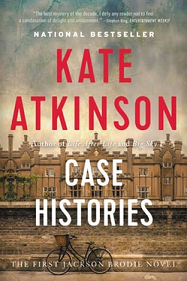 Is there really such a thing as a literary thriller?

Those pushing the notion trot out John le Carré, Alan Furst, and other moody writers as exhibits for novels of suspense that also have depth and follow the strictures of literary canons. Many of these books are quite good and generally find their audience. But this sort of classification can easily become too narrow and ceases to be useful.

I picked up the next in the series, One Good Turn, wondering if maybe I was overdoing it and would find it too much the same thing. But it, too, has won me over.

It came as a surprise, then, when I looked up the Goodreads reviews and found a lot of discussion about whether these books qualify as literary thrillers. Strong characterization, yes, but the plots are too convoluted and not very realistic, some opined. Since when has a thriller plot been realistic?

Literary thrillers attempt to embody a genre that indicates these novels don’t have two-dimensional characters or cookie-cutter plots but real novelistic attributes. They are as different from run-of-the-mill thrillers as literary fiction is from bestseller schlock, the theory goes.

Genres are there to make it easier for booksellers, librarians, and reviewers to pigeonhole a novel and apply a filter for readers overwhelmed by the choices they face. The ultimate futility of the effort comes with the increasing use of “genre busting” as a label because novels often defy easy classification.

Keep in mind that the New York Times Book Review, the erstwhile bible of the book industry, for a long time refused to review books by Stephen King because he wrote popular fiction. Now they will not only run a front-page review by him but will review his books because his very success has won over picky editors (not to mention that his books often are very good).

I had at some point put The Wolves of Winter by Tyrell Johnson on my shelf because I like books with dystopian or post-apocalyptic themes. Fortunately, I didn’t see the “Station Eleven meets The Hunger Games” hype until after I’d read it.

The Johnson book, like those of Atkinson, has a refreshing voice and portrays compelling characters in a plot credible enough to support the suspension of disbelief, which is all a reader really wants from a novel, whatever genre label is used.

I’ve read several of Daniel Silva’s books featuring art-restorer/assassin Gabriel Allon and took a long break because I thought the author had fallen into the formula trap of many series books. But when I bought a remainder copy of The Order, I was pleasantly surprised at how enjoyable it was. The plot is crazy, and the characters are not quite three dimensional, but Silva knows how to put the pieces together.

Many Goodreads reviewers liked The Order, and some did not, but there was little discussion of whether it is a literary thriller. Meanwhile, Silva, as the saying goes, laughs all the way to the bank. There’s no accounting for taste, and those who try to set some books apart because of their supposedly superior quality are not doing readers any favors.

Of hunting real-life Nazis, and other German stories.