Except when you’re emulating others… 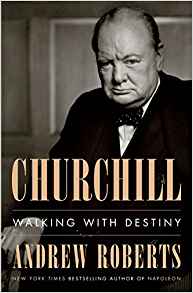 “Be yourself. Everyone else is taken.” I think I got this quote from Oscar Wilde right. It should be every writer’s mantra — up to a point.

"Genius is 1 percent inspiration and 99 percent perspiration." A quote usually attributed to Thomas Edison. I’d like to substitute the word “writing” for “genius” — up to a point.

I believe that writers should be themselves, have their own voice, and not mimic others. But that doesn’t mean they can’t be inspired by others, or even use some of the tricks of the trade that have worked in the past.

While I find some of my own writing devilishly difficult and demanding, I would guess that “inspiration” plays much more a role in my creative thought process than 1 percent.

I take my inspiration wherever I can get it. As I have alluded to in previous columns, I believe that while a good reader is not necessarily a good writer, most good writers are good readers. As a thriller writer, I read and constantly reread my favorite thriller authors. Some of my Ian Fleming and Robert B. Parker books have become so dog-eared that I’ve had to buy new editions.

But I don’t only read fiction. Currently, I am on a Winston Churchill kick, having just picked up Churchill: Walking with Destiny by Andrew Roberts from the library. This 1,000-page biography, published in 2018, is less of a slog than I thought it would be. I only got it because I was interested in World War II history, a subject I touch on considerably in the book I am now writing.

Initially, I skipped to the period just before and during the war, because I find Churchill’s speeches so invigorating. (As did much of the Free World at the time: “He mobilized the English language and sent it into battle” is a quote attributed to both Edward R. Murrow and John F. Kennedy.)

But, then, I decided to start the biography from the beginning. It turns out that Churchill was a great writer from early childhood who came up with certain rules he knew would make his listeners and readers pay attention. I long knew that he liked powerful words and alliteration, and have tried to emulate him. (See “devilishly difficult and demanding,” above!)

Churchill was a great reader all of his life. He emulated writers in earlier centuries, particularly Shakespeare.

“Emulated” does not imply plagiarism, although in many of Churchill’s speeches, it was obvious that he reworked phrases others had used, or which were in common usage. In today’s Google-ized world, Churchill and many of his contemporaries probably would have been called out, and their political careers destroyed.

Think about it: We might all be speaking German if that had happened to Winston!

Of course, many of today’s political leaders are in no danger of being accused of plagiarism. Some don’t even use the English language properly. Or only use a fifth-grade vocabulary. It’s hard to accuse anyone of stealing from 10-year-olds unless you’re caught with their bikes.

In any event, in writing your books, be yourself, but don’t be afraid to inspire yourself with the styles and cadences of past masters.

Lawrence De Maria has just published his 19th thriller, Golden Gate, which, like its predecessors, is available on Amazon in both e-book and print versions.