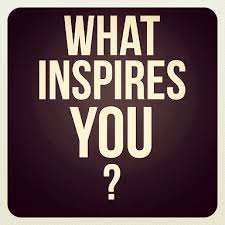 Did you ever notice that when authors are interviewed, they are always asked what they’re reading?

In a recent New York Times interview, Michael Connelly, the terrific thriller and mystery writer, listed some of his favorite books: Act of War: Lyndon Johnson, North Korea, and the Capture of the Spy Ship Pueblo by Jack Cheevers; The Public Burning by Robert Coover; The Giving Tree by Shel Silverstein; and Red Dragon by Thomas Harris (interesting choice because he apparently prefers it over the more famous Hannibal Lecter sequel, Silence of the Lambs).

He also likes John D. MacDonald’s Travis McGee series and “maybe the complete collection of Patrick O’Brian’s Aubrey-Maturin novels.” And, he added, the next book he’ll be reading is one he has put off until the right time, which is now: Four Days in November: The Assassination of President John F. Kennedy by Vincent Bugliosi.

As it so happens, my next assignment for the Washington Independent Review of Books is Connelly’s latest Lincoln Lawyer thriller, The Gods of Guilt. Just finished it. Spoiler alert: I liked it a lot. But, then, I like Connelly a lot and am glad to see he has such eclectic taste in fiction and nonfiction.

While I tend to overload on thrillers and mysteries because they are A) in the genre I write and B) mostly what the brutal taskmasters at the Independent send my way, I also try to read a lot of nonfiction. Currently on my side table are Chaser, a heartfelt book by John W. Pilley about a border collie that knows an astounding 1,000 words (putting the pooch on my level after I’ve had a couple martinis) and Flight of the Eagle, a wonderfully written, one-volume history of the United States by Conrad Black. (Black gives a bit too much credit to Richard Nixon and Henry Kissinger for my taste, but it’s a book every American can take to heart, written by someone sitting in Britain’s House of Lords who obviously loves the former Colonies.)

Reading nonfiction grounds a writer in various cultures and times. But it’s from other thriller and mystery writers that I get the most inspiration.

For example, the other day I took a lunch break from the computer to which I am normally chained and sat down with a sandwich and one of Robert B. Parker’s Spenser novels. I’ve read them all (there are more than 30) many times each, and now, for a quick fix, I grab one off the shelf and read an odd chapter. In the one I just chose, Spenser, the indefatigable private eye, is in the office of his friend, Boston homicide captain Martin Quirk. Spenser notes that Quirk has a photo cube with family pictures on his otherwise sparsely appointed desk.

I immediately got up and went to my damn computer and found a chapter in a mystery I’m currently writing that’s set in my own private eye’s office. I put a photo cube on his desk while he is talking to Abby, his office manager. From there, I mentioned that Abby bought the cube to spruce up his desk. She picks up the cube and sarcastically notes that she had hoped her boss would put family photos in it, not the pictures of Derek Jeter, Eli Manning, Mickey Mantle, and Secretariat he did. He defensively argues that he has no family, and she suggests a photo of the woman he now loves. That sets him thinking about whether putting his lover’s photo in a cube on his desk is too much a sign of commitment.

Point is, I got about 500 words out of that photo cube on Martin Quirk’s desk.

Writers don’t read to read; they read to write. What have you read lately?

By the way, I bet Chaser doesn’t know what indefatigable means. At least, I hope not.