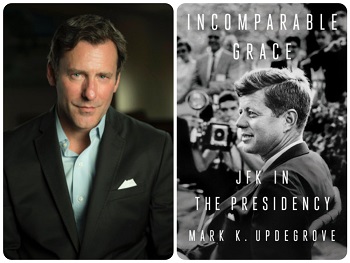 Along with serving as president and CEO of the LBJ Foundation and presidential historian for ABC News, Mark K. Updegrove is the author of several books, including Baptism by Fire: Eight Presidents Who Took Office in Times of Crisis and The Last Republicans: Inside the Extraordinary Relationship Between George H.W. Bush and George W. Bush. His newest work is Incomparable Grace: JFK in the Presidency, which Doris Kearns Goodwin calls “an important book that captures the energy, hope and vision of a young president navigating a potential nuclear confrontation, a gathering storm in Vietnam, and the struggle for justice at home.”

Authors on Audio: A Conversation with Greg Iles