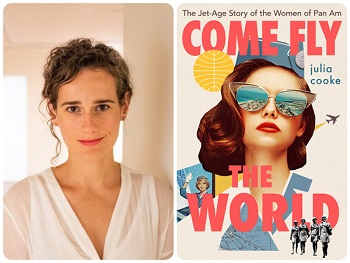 Journalist and travel writer Julia Cooke’s first book, The Other Side of Paradise: Life in the New Cuba, was published in 2014. Her second, which came out in March, is Come Fly the World: The Jet-Age Story of the Women of Pan Am. In a starred review, Kirkus called Cooke’s sophomore effort “an entertaining, insightful look into a gritty and glamorous era in air travel.”

Authors on Audio: A Conversation with Sydney Ladensohn Stern

Authors on Audio: A Conversation with William Kent Krueger