Authors on Audio: A Conversation with Scott Phillips 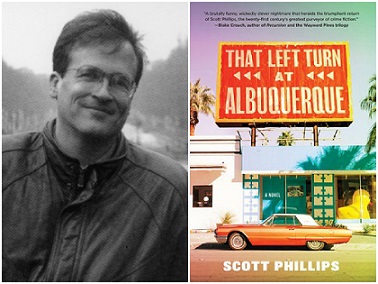 Award-winning crime writer Scott Phillips is known for mixing noir with humor, as he did in his earlier novels, The Ice Harvest, The Walkaway, Rake, and Cottonwood. Now, he’s back with That Left Turn at Albuquerque, which Blake Crouch calls “a brutally funny, wickedly clever nightmare that heralds the triumphant return of Scott Phillips, the 21st century's greatest purveyor of crime fiction.” Phillips recently discussed his latest work with WYPL.

Authors on Audio: A Conversation with Trish Hall

Authors on Audio: A Conversation with Michael Zapata