Authors on Audio: A Conversation with S.C. Gwynne 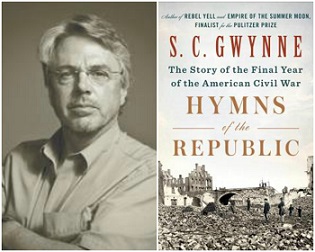 Pulitzer Prize-nominated author S.C. Gwynne has written multiple books, including the New York Times bestselling Empire of the Summer Moon: Quanah Parker and the Rise and Fall of the Comanches, the Most Powerful Indian Tribe in American History and Rebel Yell: The Violence, Passion, and Redemption of Stonewall Jackson. His new work is Hymns of the Republic: The Story of the Final Year of the American Civil War, which Hampton Sides says, “breathes new life into a tale we thought we knew.”

Authors on Audio: A Conversation with Ariel Sabar