An Interview with Shannon Burke

The author discusses the Old West, male bonding, and the enduring power of adventure tales. 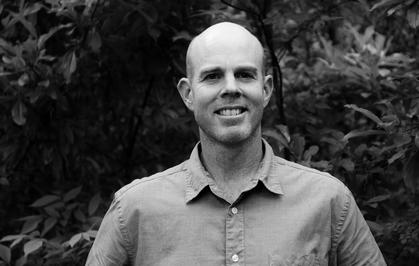 Sometimes, a book appears in your life at just the right moment. Into the Savage Country sneaked into my suitcase only to salvage what was otherwise an exhausting “vacation.” (A trip with small children who can’t swim but want to launch themselves into multiple nearby bodies of water really ought to have its own label.)

The tale of William Wyeth’s adventures with fur-trapping brigades in the 1820s snagged me and wouldn’t let go. In fact, it’s the first novel that I’ve read while successfully ignoring cavorting young children at my feet (no bodies of water close). It’s history blended with white-knuckle daring and dramatic personal sacrifice, and I had to see what else Shannon Burke had to say about this, his fantastic third book.

Into the Savage Country is a rollicking adventure story, with bears, American Indians, extreme weather, and international intrigue. One of my favorite characters, Ferris, is a fur trapper who has either dreams or pretensions of art and learning. The narrator dismisses him as a fainthearted dilettante, yet he turns out to be something much more interesting. Why did you want to show the narrator's changing viewpoint there?

I think it was just dramatic instinct. When writing a novel, there are things you do and say that are basically at the heart of why you wanted to write that story, and then there is artifice, narrative instinct, and just having fun with the story. That initial misdirect was me having fun, trying to make the most of this character who would initially seem like a fainthearted schoolboy but would end up leading the brigade.

The character Layton is, at least initially, the villain. He’s a rich society boy who competes with the narrator, Wyeth, in love and fortune. He's a tremendously complex man, with mood changes that almost border on mental illness, yet he never appears melodramatic or overdone. What was your inspiration for him?

There is not a specific historical character that I had in mind when I brought Layton into the novel, but Layton’s characteristics are representative of a type of American trapper: brave, braggardly, impulsive, impatient, and sometimes maddeningly inconsistent. I read a lot of journals and letters from trappers, and those journals are filled with trappers taking crazy risks and sometimes losing lives or months of work in a single miscalculation. If Layton was not based specifically on any one historical figure, some of [his] more extreme characteristics were evident in the journals and histories that I read.

The novel has a lot to say about relationships between men, whether competitive or friendly. Without the crucible of survival-threatening adventure, can men today achieve that same level of intimacy and trust?

I was a paramedic in Harlem for five years, and my first two novels take place in the gritty world of emergency medicine in New York. When I started to write the trapping book, everyone thought it was a total departure, but I, at least, imagined that the interpersonal dynamics on trapping brigades were not entirely different from the dynamics in an EMS station in Harlem. It’s probably why I was drawn to the subject in the first place. Given that connection, I would say that that sort of intense bond between men is still possible, though probably most likely in similarly extreme circumstances, like with police working a dangerous beat, or soldiers, or, as was my experience, working day in and day out on an ambulance in a busy urban setting.

You evoke a tremendous sense of wild and wilderness in this novel. The men journey up mountains "covered with black rocks with pinkish-colored lichen on the sides" or across "dense alpine forests dotted with cold blue lakes." There's a nostalgia to Wyeth's observations as he watches the unclaimed "savage" land fall under colonizers’ control. Do you feel the same nostalgia?

Oh, definitely. I’ve spent between two and three years of my life in a tent, and anyone who loves the wilderness inevitably has a sense of reverence for the untouched land, and a sense of sadness as it passes away. The population of the globe has increased exponentially in the last 200 years, and most of the really untrammeled land is gone. And though I did touch on this passing in the novel, what I really wanted to get at was the sense of wonder the early trappers felt when they wandered into those unfamiliar, untrammeled mountains. In almost every journal, there is the same celebration of the grandeur and the feeling that they were lucky to be there at that time in history.

The book seems to walk the fine line of depicting Native-American tribes in a way that's consistent with the narrative of a privileged white man while not alienating modern readers. Were you conscious of that balancing act?

Oh, yes, of course. I was treading carefully. I tried to be truthful to the attitudes of the times, but also not be offensive. Basically, the natives got a bad deal. The various tribes were like small countries caught between the U.S. and Great Britain, and the outcome was not going to be good for the natives. As far as I could tell, most of the native leaders were way more conscious of the situation than I expected. They understood that they were getting squeezed between two great powers and they had to choose between one or the other or resign themselves to constant battling.

This story is a major departure from your two previous novels (set in New York City in the modern era). What were the unique challenges in writing this one?

I can say one of the major benefits was research. To write the novel, I had to go out West a bunch of times and tramp around the mountains and wade through streams and camp out, and I basically had a blast doing it. I also had to read an enormous amount, taking in a lot of historical information, and to try to conform to the literary style of the time. All that involved travel and reading, both of which I enjoy doing. Once I started writing, I felt pretty comfortable with the narrative. There was the worry that it just didn’t work as a history. As in, I didn’t know if the artifice would be persuasive. I had never written a historical novel before and my first question to my first readers was, “Does it work as a history?” As it turned out, it seemed it did. At least no one ever questioned that aspect of it.

You've said that this is the adventure story you wanted to write to honor your boyhood love of such tales. What is it about adventure stories that speaks to the children in us?

I have two boys who are 9 and 7, and they love adventure stories in the same way that I did. I think the world is full of mystery and potential danger for kids, and that sense of excitement laced with danger sparks their initial feelings of bravery. Most kids like to go outdoors and explore. They like to have freedom to be on their own and feel like they are discovering the world in their own way, but a lot of kids’ lives — my kids included — are mostly regulated. They’re sitting in class or studying at home or playing sports. But one way kids and adults can explore is through reading. And I guess what I was trying to get at in the novel was to recapture that feeling of the excitement of seeing a new place for the first time, the mystery and grandeur and wonder of exploring an unknown and dangerous country.

Carrie Callaghan is a senior editor at the Washington Independent Review of Books. Her short fiction has appeared in Weave Magazine, Silk Road, the MacGuffin, and elsewhere. She lives in Maryland with her family and two floppy cats. Follow her on Twitter at @carriecallaghan.