An Interview with Michelle Brafman

The author's debut novel examines the intersection of religion and three generations of mother-daughter relationships. 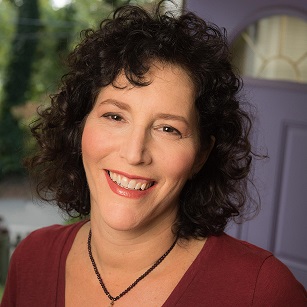 Set against the backdrop of Orthodox Jewish life and its rituals, Michelle Brafman's Washing the Dead (Prospect Park Books) tells the story of Barbara, a Milwaukee preschool teacher, as she retraces her path from her family’s exile to her own claim on motherhood. She questions her thorny feelings about her mother’s adultery and unburies family secrets in hopes of saving her own daughter from a life burdened by mistrust and deceit.

Can you forgive family and find compassion for their sins? How much of our history defines our future? Over iced tea on a sweltering summer day at a café in Bethesda, Maryland, Michelle and I talked about the answers and how to bring resolution and redemption to the pain of our characters.

Barbara’s letters to her best friend, Tzippy, reveal the surface struggle of her family’s demise, but it’s the letters she writes to herself that show us her true emotional core. How is the epistolary form central to the message of Washing the Dead?

The book started out as a friend story about the fallout that occurs after Tzippy and Barbara discover Barbara's mother's infidelity. In the early drafts, the letters developed the conflict between Barbara and Tzippy, and writing them helped me hear the young Barbara's voice. Once I figured out that the central conflict belonged to Barbara and her mother, I used the letters to show the gap between the Barbara Tzippy knows and the young woman who is desperately trying to glue back the pieces of the world her mother had shattered.

In addition to the letters, the timeline shifts throughout the story. How does the structure create momentum and serve the plot?

So, the book contains two discrete narrative threads (one set in 1973 and the other in 2009) that wrap around each other like a double helix. In order for Barbara to return to her spiritual and emotional home and thus find peace in her adult life, she must solve various mysteries surrounding her family history. Therefore, the past must constantly press itself into the present story. As a newbie novelist, this structure was way out of my depth. Cat’s Eye by Margaret Atwood was super helpful in modeling such a split narrative.

Did you find yourself charting the younger and the older Barbara? Many split narratives are from separate characters, but you seem to have accepted an additional challenge by writing your main character at different times in her life.

Writing Barbara at different times of her life made me a little nuts because these two Barbaras are almost separate characters, except they share an emotional DNA. The young Barbara's voice came to me pretty quickly and, as I said, the letters she wrote to her best friend helped. The older Barbara eluded me. Finally, one day, out of frustration, I sat down at my computer and started tossing out questions to her. "Answer me, Barbara," I kind of barked, and miraculously she did. It sounds crazy, I know, but I tell my students to interview their characters when they find themselves as stuck as I was.

Washing the Dead has been referred to as a "spiritual page-turner." How did you figure out how to write and manage the clues of this mystery?

The mystery of the book revolves around one question: Why did Barbara's mother, June, abandon her family? I discovered that to keep this question pulsing throughout the narrative, I had to understand as much as I could about June's backstory. I wrote pages and pages about June, most of which did not make it into the book, to determine the pivotal moments leading up to her disappearance. Luckily, I found some wise readers/editors to help me figure out when and where to place these clues, along with a host of other plot-related challenges.

There are three separate washings on the trajectory of atonement. Which causes the most significant shift in Barbara’s understanding of her family’s legacy?

Hands-down, the first washing, because it's a calling home. The rabbi's wife, whom Barbara holds responsible for her family's exile from their synagogue, beckons her to perform a burial ritual on Barbara's beloved mentor and substitute mother. A seismic shift occurs inside of Barbara when, after an almost 40-year exile, she stands beside the rabbi's wife and sponge-bathes and swaddles her former teacher. Performing this ritual introduces the possibility that Barbara can reexamine her relationships with the women who still matter to her deeply.

How do you communicate and clarify these rituals and language to an audience that may not be religious?

Each Hebrew or Yiddish word is defined the very first time it's mentioned, and sometimes a few times after that. My agent and editor were pretty exacting about this because they saw the book as appealing to both Jews and non-Jews.

What role do you think burial rituals have in our larger culture?

My understanding is that most bodies are prepared for burial in some fashion, and it's been fascinating to hear about how different cultures and religions add meaning to this practice. Ritual is a fusion of the holy and the mundane, a rabbi once told me, and that makes sense. I've also heard stories from readers who have washed their mothers or fathers' bodies because they'd died at home. Even without the orchestrated burial rituals, this act appears to have offered comfort and healing.

Did you find writing this book redemptive? How did the process reflect or shape your own perspective on Jewish life?

Writing this book was hugely redemptive. I've been known to hold a grudge or two, and I spent a good deal of brain space inhabiting a character who must figure out how to forgive in a rather monumental way. In terms of my perspective on Jewish life, I certainly have a heightened awareness of the beauty and savvy of the Jewish burial and mourning customs. In writing a character who longs for her Orthodox upbringing, I also came to better understand and appreciate this particular way of practicing Judaism.

Finally, how does Barbara’s quest to understand her family history change her?

She becomes a different person. As she reconstructs her past and learns she'd been wrong in assumptions she'd made about her mother's behavior, her foundation shifts. She knows it's time to close the ever-widening chasm between who she is at the core and the public Barbara that she'd invented during the years of her exile. In essence, she must relearn how to love and be loved wholeheartedly.