An Interview with Marc Nieson

The writer discusses the unique process of crafting a memoir. 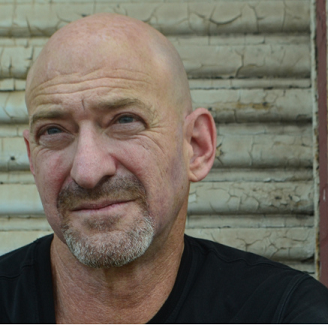 Writing requires solitude. We choose to spend years inside their own heads imagining, questioning, and creating. We may have families, jobs, and pets, but they can’t go into the work of writing with us. Physical and emotional isolation is sometimes required to dig deeper beneath a first draft. Artist residencies and colonies provide an escape.

Then there are the writers like Marc Nieson, who impose their own exile. In his debut memoir, Schoolhouse: Lessons on Love & Landscape, Nieson faces himself in an abandoned schoolhouse in rural Iowa while he studies creative writing in the most prestigious MFA program in the country, the Iowa Writers’ Workshop. He immerses himself in the landscape through woods walks and detailed journaling. He wrestles with love, loss, and grief. Mostly, he pays attention, and in doing so, learns the lessons that only an intentional life can teach.

Nieson and I met at the Creative Nonfiction Writers Conference held annually over Memorial Day weekend in Pittsburgh. We had the following conversation online before his upcoming DC book tour.

We're both writers who make the Midwest landscape characters in our work. What is it about this culture that keeps permeating your writing?

It's now been some 25 years since I lived in the Iowa schoolhouse. So, yes, that landscape and culture indeed keeps percolating in my conscience and blood. As a native New Yorker, I think it's the rolling croplands that made the first impression, the utter horizontality of my new surroundings. The proximity of an open horizon and all the possibility that perspective offered. The opportunity to watch the nuance of seasons in the woods, the rhythms of farming. Later, I moved to Minnesota and lived on a 360-acre farm, helping with cattle chores, haying, and crops, which rooted further into my biorhythms. These days, I'm living in Pittsburgh, and come late March each year, I find myself scanning about for cows ready to calf. That rural attentiveness is part of me now.

The journal entries reveal that rural attentiveness. They are intimate, sometimes raw and unedited. Besides authenticity, what does the structure add to the story?

I'd read Kathleen Norris' Dakota and really liked how she interspersed these little vignettes called Weather Reports in between her essays. Originally, I thought I'd do something similar in Schoolhouse, slipping in a journal snippet on my woods walks between each chapter. But then I realized I'd only have about a dozen to include, and I was documenting my woods walks daily.

Then I realized I could [embed] them within the chapters, which suddenly offered me amazing narrative license. I could pull in and out of scenes/narration wherever I wanted, letting the juxtaposition of journal entries and narration, and the ensuing white space invite the reader to make their own connections. Formally, the italicized journal entries could break up the text visually, too. I was also concerned about all the “me” of memoir, and tried to eliminate any "I" from the journal entries, as well as keeping them all in present tense vs. the narration's predominant past tense.

Each chapter is named after a school subject (Anatomy, Social Studies, Homework, etc.). Did you realize this organization early or later in your drafting?

That instinct came pretty early in the writing process and felt very natural and organic to the schoolhouse itself. I scribbled down a list of elementary-school subject names on a scrap of paper one day and mused about what in my experience in the woods might relate to those lessons. So, they offered me an armature of sorts. The bigger organizational question was finding an order for them, and of course, the further fleshing out of each.

Could you have fleshed out each life lesson of the schoolhouse without the solitude?

A great question. I don't think so. There's a long history of lone monks searching enlightenment out in the desert, of Walden Ponds, of the requisite quarantine of a Petri dish for a culture to best evolve. That's not to say learning and epiphanies don't happen in a crowd — certainly that's become the norm for our educational systems. But for myself, I'd say I needed that exile and retreat to see things anew. It was part poverty and luxury to do so. Above all, it was about remove, focus.

In addition to intimacy, you also learn about grief. "To some extent all writing is about the past. All writing, a shrine." Was this reflection an unexpected lesson from the schoolhouse or the writing of the memoir?

Well, grief is what it is. It comes, is well-deserved, and plays out for each of us differently. The bigger shift in perspective for me was learning about the true nature of loss. Plus, about the limitations of enshrinement. The writing of the memoir began while I was still living in the schoolhouse and was only completed some 20 years later. And many of those years it sat on a shelf, waiting for me to still evolve enough emotionally. Some things take their own sweet time. At heart, I don't think I necessarily separate the living in/writing about the schoolhouse. The building itself no longer exists, which is part of the reason for my publishing the book — to share and hopefully honor that place and time, but not to erect some monument. Still, personally, that home and land and its people remain vibrant and beating within me. Some things don't pay attention to time.

You, as a character, seem to bridge the feminine and masculine trappings. In Venice, you mention the physicality of bridges as necessary to "reorient yourself."

Thanks, that’s a tremendous compliment. Bridges were the central image of the Venice chapter but, in a way, are central to the overall book. I think identity — like intimacy, and honesty for that matter — is about bridging distances. And, by extension, presumed differences, sides. We're all on the same spectrum, after all, of a single species, a single globe. I'd say the same with regard to isolating genres. Memoirs are just one form of word delivery. It's all inquiry, expression, a search to connect. To honestly recognize our mortal selves in others.

What's next in your writing life?

Well, I think writing a memoir has cured me of having to write another memoir. I'm happily working on a novel, and that, too, is taking years already. I began tinkering with its ideas back in the last millennium. It's called Houdini's Heirs, set mostly in a Coney Island sideshow. In certain ways, it's playing with similar themes that Schoolhouse broached — marginality, delusions, and illusions, the primacy of love in our lives. I'm intrigued with exploring the growing blur between what's real and virtual in our culture, our perceptions.

[Editor’s Note: On Sun., Jan. 29, from 2-4 p.m., Marc Nieson, Ellen Prentiss Campbell, and Melissa Scholes Young will read from their work at the Writer’s Center in Bethesda, MD. The event is free and open to the public. Prior to the reading, Nieson and Campbell will host a workshop entitled “Speak Memory!” Click here for info.]

Melissa Scholes Young’s work has appeared in the Atlantic, Washington Post, Narrative, Ploughshares, Poets & Writers, Poet Lore, and other literary journals. Her stories have been nominated four times for Pushcart Prizes. She teaches at American University in Washington, DC, and is a Bread Loaf Bakeless Camargo Fellow. Her novel, Flood, is forthcoming from Hachette.

In This I Know Susannah Conway tells her story of bereavement and her journey through grief, and yet it is not a sad book, but rather a most inspiring one.