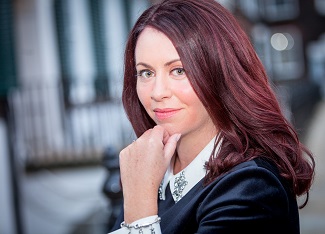 In keeping with the trend in contemporary fiction of the unreliable narrator, novelist Alice Feeney, in her debut, Sometimes I Lie, shows why this literary technique never ceases to enthrall readers.

The plot revolves around a woman, Amber Reynolds, who, after a horrible accident, is left in a coma. But Amber is very much aware of everything around her and, unable to speak or move, is left to burrow within the memories from before the accident to get to the truth, wondering if her husband, her sister, or possibly even she herself is responsible for her condition.

The result is a bigger twist than we expect; in the end, we’re left wondering whom we should really believe.

In an email interview, Feeney talks about her career as a journalist and how she made the transition to full-time writer.

What made you make the switch from reporter and news editor to full-time novelist?

I loved being a journalist, but my secret dream was always to be an author. I was working in the BBC newsroom when my agent called to tell me that publishers wanted to buy Sometimes I Lie. I had dreamed of that moment for years. I think it is proof that you have to follow your dreams — no matter how scared you are of failing — your dreams always know the way. I work in my garden shed now with my co-writer, a giant black Labrador who is scared of feathers.

Which is more challenging: news or fiction?

Writing fiction is definitely more of a challenge than reporting facts, but both are incredibly rewarding in different ways. With news, even the breaking variety, you always have some elements of the story to get you started. With fiction, you start from scratch every time. Luckily, I have lots of dark and twisty stories lurking inside my head, so I can’t imagine I’ll ever run out of ideas!

It's amazing how many twists and turns there are in your novel. Was it difficult to keep them all outlined?

I’m a planner. I think about a story for a long time before I commit to writing it, and I plot everything out on a giant board before I write a word. There is no right or wrong way to write, but for me, starting a novel without a plan would be like going on a big walk without a map — I’d spend the entire time worrying about getting lost instead of enjoying myself.

All the characters here are extremely complex, and it's difficult to know who's telling the truth. Would you say Amber is an unreliable narrator, or is she simply a victim of circumstance?

I love unreliable narrators and I liked the idea of one who confessed about who and what she was from the very beginning. Amber isn’t just unreliable for the readers, she’s unreliable for herself, and that’s what fascinated me most about her. Sometimes I Lie isn’t just a story about the lies we routinely tell each other, it’s about the lies we tell ourselves. I think we are probably all guilty of that from time to time.

That ending. I certainly didn't see it coming. Without revealing any spoilers, did you have the last scene planned when you started the novel?

Actually, no, the story ended a little earlier in the first draft. I really love the ending, despite all the questions I get about it! That was always what happened next in my head, and I’m really glad that bit of the story made it into this book.

What advice would you give others who want to write a thriller?

The best piece of advice I’ve ever been given is to write a book that you would want to read yourself, which is what I always try to do. Sometimes I Lie was so much fun to write, the story was like an obsession. If you have a story inside your head that you can’t stop thinking about, then get writing!

I’m pleased to say I have finished editing book two, a brand-new dark and twisty story called Sometimes I Kill. It will be out next year, and I hope people will enjoy reading it as much as I enjoyed writing it. I feel incredibly lucky to be a full-time novelist now. It really is the best job in the world!