Why skipping a popular mystery conference is unthinkable 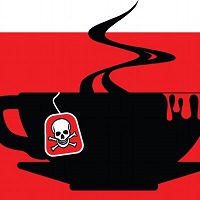 I never thought Malice Domestic, the annual fan convention for traditional mysteries written in a similar vein to Agatha Christie, was for me.

For one thing, I don't write mysteries. That's a big one.

For another, my work probably falls under the "hard-boiled" label, which may be inaccurate, but it’s the closest category I can find (and it sounds really cool). So I was surprised when one of the event organizers, and celebrated writer, Shawn Reilly Simmons, suggested I attend.

"You sure?" I asked, doubtfully.

"Trust me," she said. "It's for everyone in the crime fiction family."

And then there's this: I never expected to be part of a writing family.

Alice Stephens wonderfully wrote about this earlier in the month, and I’ll do my best not to rehash her column (you can, and should, read her thoughts on writing communities here), but I agree with her sentiments: Publishing is often a lonely industry.

Much of it is waiting, and that waiting quickly turns into frustration. Will an agent accept your manuscript? Will your agent like your new book? What will readers think? Waiting is paramount at every phase, and it’s often agonizing. My wife, likely because she needed a break from my complaints, gently recommended years ago that I reach out to other crime fiction writers.

I joined the International Thriller Writers and went to their annual conference as a member of their Debut Authors program. And that’s where I met and spent the weekend with two writers who have remained close friends to this day — Tom Sweterlitsch and Elizabeth Heiter.

I returned from the conference and decided to join other organizations (Mystery Writers of America, Sisters in Crime) and attend local meetings, and I found men and women in my same situation; professional writers who had gone through similar experiences, all a bit uncertain about our corner of the industry but wonderfully determined and wholeheartedly supportive of each other.

But, still, I never felt that Malice Domestic was right for me.

The conference, in some respects, is much like the others — dozens of panels aimed at both writers and readers, author signings, a banquet for awards. Of course, there are differences, particularly given the focus of the panels and the types of crime fiction books and writers celebrated. But Shawn was right: As part of the crime fiction family, you can’t help but belong.

For me, this was most keenly felt at the awards banquet, the centerpiece of the weekend. The room was packed with hundreds of writers and readers, the food was delicious, and the evening was charmingly emceed by toastmaster Catriona McPherson.

New York Times bestselling author Louise Penny was the guest of honor and gave a loving, moving speech that touched on her career and the recent, public loss of her husband, Dr. Michael Whitehead. Those who have followed Ms. Penny’s career are aware of his influence on her writing, and the warmth and depth of their relationship. After his diagnosis with dementia, she acted as his caregiver and has become a champion of Alzheimer’s awareness.

I sat at a table with my agent and agency-sibling, Michelle Richter and Kellye Garrett, respectively, excitedly waiting for the award presentation; Kellye’s Hollywood Homicide was a Best First Novel nominee. She won that award, and given my friendship with Kellye and happiness with her book, I was delighted. And that delight seemed addictive. Writers and readers alike seemed to understand how much this meant (for her, for every winner), and their applause was enthusiastic.

I’m sure that, for every honor conferred that evening, the nominees who didn’t win suffered a sharp, likely lingering, disappointment. That cruel aftertaste is expected with any award and harder to accept than you think. There are no givens in publishing, no guarantees that one nomination or award or deal or positive review or sale will lead to more.

But regardless of whether a writer won or lost, whether it was their first conference or 30th, you would be hard-pressed to find a group more welcoming or understanding. I wrote earlier that publishing can be lonely, and that’s true.

It’s also alternately frustrating, exhilarating, crushing, and exciting. Malice Domestic gave me the chance to commune with others who distinctly understand how those emotions are intertwined with this industry. And I will absolutely see them at 2019 convention.

After all, they’re family.

Speaking of Shawn Reilly Simmons and Malice Domestic attendees, you can see her (and more) at this weekend’s Gaithersburg Book Festival! I’ll be on a short-story and anthology panel at 1:15 p.m. with Shawn, Alan Orloff, John Betancourt (owner of Wildside Press), and 2019 Malice Domestic Guest of Honor Donna Andrews. And then, at 6:30 p.m., after the festival has ended, I’m hosting Gaithersburg’s first-ever Noir at the Bar at Greene Growlers (Shawn and Alan are both reading at that event)! Come join us!

An Attitude of (Writerly) Gratitude

Giving thanks for book festivals