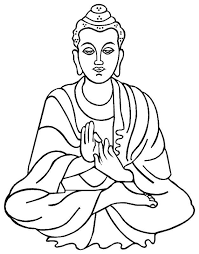 I came to Siddhartha through Sterne, Nietzsche, and Foucault. Between 1999-2001, I’d studied the writings of these great thinkers and communicators. My mind was fresh with the bittersweet ironies of everyday life, the struggle to claim and enact an identity in the normalizing pressure-cooker of society. Existential questions and debates, about the individual’s role in democracy, about the construction of the self, preoccupied my thoughts.

And then I discovered Osamu Tezuka. How did this happen? All I can recall now is that I was living in Nagasaki, Japan, where, in the early aughts, manga and anime ruled youth culture. Every newsstand was half-stocked with manga, all soft cover, all pulp. It was everywhere, in the TV cartoons, in the movies, in the commercials, in Harajuku. And the king of all manga is Osamu Tezuka.

One day, maybe in 2004, I found myself reading the first of his eight-volume masterpiece, Buddha. I knew right away I was hooked. Sitting down with a wondrous manga story is like watching a movie. You get through it in about two or three hours. Tezuka is one of the 20th century’s great artists, and he opened my eyes to the life of Siddhartha Gautama Shakyamuni, the first Buddha. I shared Tezuka’s series with my wife and children and everyone else who mattered to me.

Because we were living in Japan and traveling with our children throughout Southeast Asia in the years that followed, we often found ourselves in temples with statues of Siddhartha meditating or reclining, or paintings depicting the scenes of his life, and we’d recount the stories we’d read, the simple but powerful images Tezuka planted in our minds. The resonance of the stories, and the plainness of Siddhartha’s message, over our four years in Japan settled into me.

Then, as we prepared to move back to the United States, in one of the family-run hotels we stayed at during our last days in Tokyo, I stole a copy of a Gideon-like book called The Teaching of Buddha. I loved the first half of the book, which was a religious take on Siddhartha’s life. In fact, Siddhartha gave me the key to a spiritual life that I could have confidence in, something I had lacked since giving up on Catholicism when I was 16.

I’d probably become a writer in the first place because I was trying to unlearn the nonsense my elders propagated in regard to original sin and prayer and trinity, etc. And I’d never lacked for things to write about. But when I finally clicked into Buddhism and the honest spiritual life it offers, I knew that my sources for writing were endless.

Sterne, Nietzsche, and Foucault had given me psychological, scientific, absurd, rational, political, social, metaphorical, institutional, and philosophical awareness of the many ways humans fail to achieve their ideals. But Siddhartha actually gave me the ever-replenishing spiritual source, a structure for the delusive nature of the mind, and the confidence to carry on in the face of despair, that I’d never had before.

I’ve known, for the last 10 years of my writing life that I will never run out of material because, as Siddhartha teaches, life is suffering, desire causes suffering, we can cease our suffering, and we can follow Siddhartha’s path. These four rules apply to every man, woman and child who ever existed and who will ever exist. You can see them play out microcosmically in their everyday lives, and macrocosmically in the lives of civilizations.

The key is awareness of one’s own consciousness, the way that consciousness is working, both individually and in social contexts. Once I became aware of the impulsive nature of my mind, I knew that I could discipline myself to gain some control over it. And as I learned to temper my own excessive tendencies, I began to see the same patterns in others.

Therefore, I now have an un-ideological ideology (Buddhism) to apply to any character I might create. I can see how their desire is driving them, fooling them, leading them down a wrong path. Or elsewise, I can see how they’re struggling, like Sisyphus of old, to get through their allotted time, trying to do good in a careless world. I don’t have to create drama, it’s inherent in every human life.

I just have to bring it out, sort through the evidence, and formulate coherence from the disparate accumulation. Sterne, Nietzsche, and Foucault all knew a little something about that too.

The Highway to the End of the Night

Do drugs open the door?