5 of the most interesting pieces from around the internet this past week, accompanied by snide commentary. 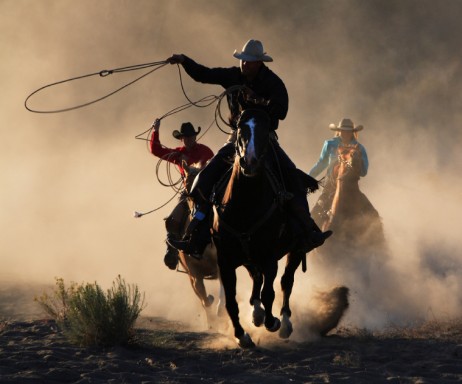 1) Assassination by defibrillator: Dick Cheney feared it while he was Vice President, and evidently had the wireless features of his implanted defibrillator disabled. For all of you with implanted defibrillators and similar fears, the New York Times has a lengthy piece on the details. I’m trying to imagine the thwarted hacker/terrorist/assassin throwing his laptop against the wall after a failed attempt. “I can’t believe they thought of that!” The NSA, of course, is monitoring all of our heartbeats in real time and storing a record in a gigantic data center in Utah.

2) Slaves of the internet, unite! Writer Tim Kreider takes to task those guilty of the increasingly common occurrence of asking others to speak or write for free. Writers shouldn’t sell themselves short, he argues, and “exposure” often isn’t adequate compensation. It’s difficult to object to some of his macro-arguments: “The first time I ever heard the word `content’ used in its current context, I understood that all my artist friends and I — henceforth, `content providers’ — were essentially extinct. This contemptuous coinage is predicated on the assumption that it’s the delivery system that matters, relegating what used to be called `art’ — writing, music, film, photography, illustration — to the status of filler, stuff to stick between banner ads.” Yet to say that exposure doesn’t matter is to ignore today’s reality for novice writers, who may be faced with two choices: 1) write for free and get some exposure, or 2) demand payment and get no work. Exposure sure beats nothing, and it’s demonstrably true that it can help advance writers’ careers. While I understand Kreider’s point about art being devalued, the truth is that most people, regardless of their occupation, are asked to do things for free. This past year I reviewed a book for a peer-reviewed journal, acted as a peer-reviewer for another journal, served on several professional society committees, and spoke on a number of panels: all for free, and most happily. Why? In part to be a good citizen, and in part for exposure.

3) Skip the MFA: So advises Alice Stephens, who instead tells aspiring novelists to read, work, travel, and write. I’ve heard so many mixed things about getting an MFA, but one thing’s for sure: taking Alice’s advice will lead to a lot less debt.

4) What’s the one thing the Independent has in common with Amazon? Slate put out this chart showing Amazon’s quarterly revenue and net income over the last several years. As Slate puts it: “Amazon reports that it’s losing money, and its investors cheer and hand over more. Pundits shake their heads in wonder. And Amazon’s competitors tremble in existential terror.” The take home message: Amazon spends every penny it earns. Well, there you go, because so does The Independent! Help us spend more and make our competitors tremble in existential terror by donating here.

5) An ode to the season, from McSweeney’s: Be aware before you click the link that there is lots and lots of bad language. This is the link. Now don’t come back here and yell at me: you’ve been warned. That being said, it’s hilarious.