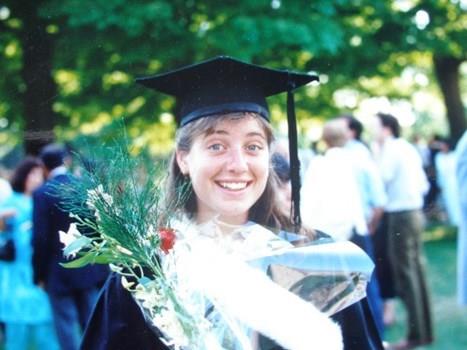 After patiently listening to my lamentations on the unpublished state of a novel that I finished more than a year ago, many well-meaning friends advise me to get an MFA.

People, I KNOW how to write.

Presidents, provosts, and university boards have been rubbing their hands and licking their lips over fattening their institutions’ coffers by offering a plethora of graduate degrees that are suddenly considered essential for anyone who aspires to a job higher than secretary. Oh, sorry—administrative assistant. You can get a master’s in Event Planning, Human Resources, and, yes, Creative Writing.

For hundreds, nay, thousands of years, great literature has been written by people without MFAs. Review the pantheon of the quote greatest authors unquote of the 20th century and you’ll find that very few of them have MFAs. Why? Because the programs didn’t exist (MFA writing programs started to appear in the mid-1960s). Literature seems to have gotten along just fine without them.

The arguments for enrolling in an MFA program revolve around providing the time and supportive environment to write, getting feedback from likeminded literary types, and networking.

So, yes, enrolling at a legitimate institution will enable banks to loan you tens of thousands of dollars to be repaid at specific intervals at not quite extortionate interest rates under the hallowed rubric of the student loan.

There will be an echo chamber of aspiring writers to push your work in directions you don’t want to take it, or to urge you to hew to the conventions of debut-novel publishability (short, sharp scenes that end with an evocative, cliff-hanging sentence followed by a blank space that mimics a commercial break on TV). There will be opportunities to ingratiate yourself with professors (who are probably just as anxious to publish as their students) and charm visiting agents and editors, showing them you have the charisma to be on Oprah or the “Today Show” Book Club.

Or you can take my approach:

1. Read. Voraciously. Starting with the ABC’s of my youth, Hans Christian Andersen, Enid Blyton, Agatha Christie, who taught me the fine art of escapism that comes from a thrilling story. Later, I became enamored of Jane Austen, Charles Dickens, Thomas Hardy, who showed me the importance of well-drawn characters who capture the strengths and flaws of human nature. Finally, the importance of the prose itself, the craft of bending the word to the author’s will, of subtly portraying the dark and sticky recesses of the human soul, all that is heartbreaking and transcendent about the human spirit, led me to Joseph Conrad, William Faulkner, Henry James. From Margaret Atwood to Émile Zola, I learned from the masters, reading for the utter bliss of it, but also with a sharp eye for what makes a story pop, a character captivate, a theme scream.

2. Work. From shop assistant at Fannie Farmer to manager of luxury tour programs, my experiences in the professional world have provided an incredibly rich trove of material. If there is such a thing as the perfect office, I have yet to encounter it, but imperfection is the kernel of all great stories. Burrow behind the facade of industrious order to reveal the disjointed, creaking, barely functional process by which organizations work. And, if you still have the itch to write after an eight-hour workday, then you’ve won half the battle of what it takes to be a writer.

3. Travel. The tens of thousands of dollars and multiple years that you would have spent on higher education? Backpack through Cambodia, rent a cheap shack in Guadalajara, ride your bike across the USA. Leave your comfort zone, have your assumptions and beliefs challenged, make yourself vulnerable.

(It is also possible to combine #2 and #3 by working abroad. My husband and I did this in Turkey and Japan, living comfortably and saving enough money to travel extensively.)

4. Write. At some point, the fingers have to hit the keyboard or grip the pen. Desire and vague professions of intent must engender effort, and believe me you, nothing is less glamorous and more lonely than huddling by yourself over a blank page. But these things don’t just write themselves. After you’ve managed to complete a first draft, you have to revise it. Again and again and again.

Okay, so I don’t have a published book climbing the bestseller lists, but neither do a majority (49 out of 50? 99 out of 100?) of MFA recipients. I do have a completed manuscript of which I am proud, the representation of a prestigious agent, and my very own Independent column! And if I never achieve the publishing success I so deserve, at least I still have a clean credit record.

4 Novels that Get Adoption Right

In celebration of National Adoption Awareness Month, an adoptee offers some suggested reading.