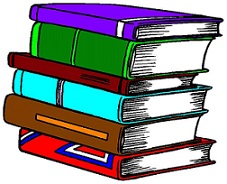 This column was written before, but will appear after, the election on Nov. 8th, so I don’t know how many people will read it. After all, I fully expect half the U.S. population has taken hemlock.

But for the survivors, I thought I’d write about the books that I have just read or am currently perusing. I’m one of those readers who is always juggling half a dozen books. Since I get many of them from the library, I have to keep checking the due dates and renewing the ones I haven’t finished. My late fees have built a new library branch. (My request to have my name put on it was denied.)


As you can see, it is an eclectic list. Some fact, some fiction, although sometimes it’s hard to tell the difference.

Lawrence De Maria, once a Pulitzer-nominated New York Times reporter, has written more than a dozen thriller and mysteries on Amazon.com. His most recent thriller, THAWED, is available at ST. AUSTIN’S PRESS (BOOKS BY DE MARIA). He is obviously a sucker for punishment, since he is now reading a book about a future presidential election.

An Offer I Couldn’t Refuse

Recalling my time on “The Godfather” set.

There's a lot to love about villains