The perils of too much connecting. 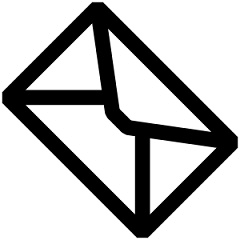 As all self-publishers know and lament, marketing takes up much of their time.

One tool that most, if not all, self-publishers use is, of course, email. Most nascent authors start off by emailing friends and family, many of whom will doubtlessly feel obliged to buy a book. That’s what I did. (Thanks, Uncle Fred, even though I know you sign with an “X.”)

But email lists have a habit of metastasizing.

My AOL list is fairly large not because I have that many friends, but because I have never quite figured out how to stop the “auto-added” feature on my account. I suppose I could check daily, but lack the time or inclination. So, my contact folder is populated by addresses of folks who have sent me stuff without my asking (and somehow avoided my spam folder).

When I send out a mass email to my contacts, I try to eliminate the obvious nonstarters, such as gladys@whatisyourdesire and fergus@onestopplywood. (These are not real email addresses, by the way, in case you need a good time or a new deck.)

As for people I can’t readily identify, well, all I can say is: Caveat emptor. Once you email me, you’re mine. Mine!

I also have separate lists in Word docs that I have accumulated over the years (legally, by the way). I put a disclaimer on all my mass emails urging people to let me know if they want off my lists. The culling has apparently worked because, in recent years, only a few people say they want me to drop them.

I don’t sell all that many books, so perhaps I have culled my list to the point that it now contains people who just ignore me or don’t read my stuff. I suppose that’s an accomplishment of sorts, although it bothers me a bit since I put a lot of work into my book emails — graphics and links, etc.

I did just get an email from someone I know pretty well who wants off my lists. He is a publisher and also owns a bookstore in Manhattan. He said he was insulted getting my notices. As a traditional publisher, he thinks Amazon (where my books are) is “evil” because it is killing off independent bookstores.

I replied and pointed out that Barnes & Noble killed off small bookstores first. But I can sympathize. There are about 6 million e-book titles out there, and “legacy” publishers are getting hammered.

I have run afoul of AOL on occasion. The service seems to frown on really large mass emails. I have been told that someone is obviously abusing my account. Since I know who it is (me), I just follow the instructions to change my password.

(Easier said than done, especially when you forget to write down the new one. Then you have to go through the whole “Forgot Your Password?” routine, which makes you feel like you left your cellphone in the fridge.)

Anyway, now I send out my emails in small batches. People have urged me to use various services that do all this drudge work automatically, and I may just do that.

As soon as I find my cellphone.

Lawrence De Maria has just published his 19th thriller, Golden Gate, which, like its predecessors, is available on Amazon in both e-book and print versions. He welcomes your emails, for obvious reasons.