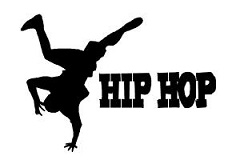 Occasionally, people ask me for rap recommendations. They've read my columns and know that I write about the music, and they're curious. But their experience is limited to what's reported in the news or played on the radio. Neither tends to be the best representation of the form.

So I mulled it over and put together a short list of rappers that readers would like. But two notes before we begin.

First, I abhor the argumentative nature of “best of” or ranked lists, so this list isn't exclusive. I’m just tossing out some suggestions.

Second, the idea of narrowing down rappers to a handful readers would like is ridiculous and a little insulting. I can’t imagine a list of “classical musicians for readers” or “jazz bassists for readers.” Best to consider this more as an introduction to five rappers whose qualities readers would likely admire. Got it? Good.

Besides, think of it this way, Independent reader. This column is going to help you discuss Kendrick Lamar with your kids, and that will either delight or horrify them. Either is a win-win situation.


That's a starting point. Got anyone I should add? Not to be argumentative but, if you leave a suggestion below, I'll tell you why you're wrong.

E.A. Aymar's latest novel is You're As Good As Dead. He's also involved in a collaboration with DJ Alkimist, a DC- and NY-based DJ, where his short stories are set to her music. To learn more about that project, visit www.eaalkimist.com.

Giving and Taking (a Break)