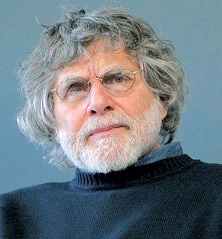 He went to the hospital, developed an acute subdural hematoma, and underwent emergency brain surgery. As of this writing, he’s doing better. The recovery will be slow, and it’s not known how much he’ll truly heal, but at least it’s something. His family is maintaining a lovely journal detailing his daily status at CaringBridge.

I studied under Alan at George Mason University and still remember the day he walked into a classroom, tossed a student’s short story on the table, and asked, exasperated, “What the hell is this?” And the poor student (not me, honest) shriveled in his chair. I felt bad for the kid, but everyone in that class — Advanced Fiction Writing — had suffered Alan’s criticisms.

On the first day, Alan introduced it as Boot Camp for Writers and, after two weeks, the 24 students enrolled dropped to 12. Each week we reviewed a story a student had written, and Alan didn’t hold back. If something didn’t work, he ripped it apart. It was brutal, it was heartbreaking, but it wasn’t mean.

I’ve had a lot of talented writing professors. When I was a student there, Mason boasted Cheuse, Susan Shreve, Richard Goodwin, Richard Bausch, and the Russian writer Vasily Aksyonov (you probably could’ve guessed that last one was Russian). All were terrific, but something about Cheuse’s rough style appealed to me. I sought him out after our course ended, anxious to keep learning, and he grudgingly agreed to mentor me in an independent study the following semester.

He was a bear of a man. He wore layers of shirts and glasses and had curly, unkempt hair that looked as if a brush had never passed through it. I met with him once a week, labored over the complex novels he recommended, and politely agreed with his sentiments while he curb-stomped my fiction. By the end of the semester, I’d written a short story that wasn’t good, but it was an improvement. I was ecstatic that Alan didn’t hate it with the intensity of a thousand atomic bombs. He would’ve told me if he did.

We didn’t keep in regular touch after I graduated. I once asked him for a letter of recommendation when I was considering an MFA, and he wrote a terse note that read, “Ed’s a bit rough, but he has potential” (I actually loved that note).

I saw him a few years after that on the Metro, and he asked, “What have you done with your life?” And I hadn’t really done anything yet, so the question damn near depressed me. Like the difficult novels Alan loved, I struggled to find meaning in every encounter I had with him.

Doing something with my life sounded like a good idea, so I kept writing, and I kept Alan’s glower and advice in mind. No matter how much I liked something I’d written, I knew it could be better. That’s a good thing.

I nervously sent him my first book (a bit rough, but it had potential) after it was published two years ago, and went to a reading a few months ago to celebrate the publication of his latest novel, Prayers for the Living. I hadn’t seen Alan for years, and he didn’t seem to have any idea who I was. But he was warm when he shook my hand, and friendly, and politely pretended to remember me after I jogged his memory. It had been, after all, almost 15 years.

For those of you that haven’t read his work, start now. I loved his collection of short stories, The Tennessee Waltz and Other Stories, and his novel The Light Possessed. But no matter which book you read, you’re going to come across spectacular prose, emotionally resonant characters, and a writer who never sacrifices complexity or beauty for populism.

Come on, Alan. Pull through.

8 More Autumn Novels to Watch For

My to-be-read stack is getting out of hand