A rat-filled horror story just in time for the holidays. 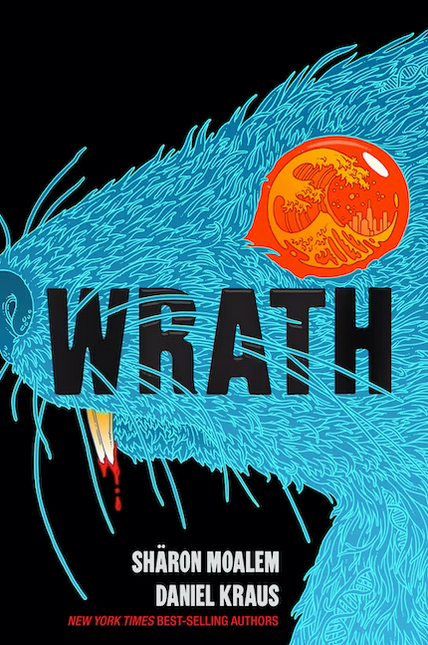 The publication date for Wrath, a scary sci-fi novel about adding human cells to rats’ brains, was October 11th. The very next day, Nature published an article on actual experiments with the same premise that considered their potential benefits (unraveling various human brain disorders) and inevitable ethical risks. The article was widely quoted by mainstream news sources.

The timing was almost certainly no accident, because one of the book’s two authors, Shäron Moalem, is a physician and scientist who’s founded biotechnology companies and done a lot of genetic research. (He’s also written several other books, including How Sex Works: Why We Look, Smell, Taste, Feel, and Act the Way We Do and The Better Half: On the Genetic Superiority of Women.)

Timing plays a big role in Wrath, too. People argue over whether “Die Hard” is a Christmas movie. I can see them having the same dispute about Wrath one day. The only rodents most Manhattanites want to see in December (or any other time) are those vanquished by a girl in a tutu in “The Nutcracker.” Alas, New Yorkers don’t always get what they wish for. In Wrath, a very smart lab rat with a grudge marshals millions of his countrymen to give the city a Christmas Eve it’ll never forget.

“Sammy” is a creation of EditedPets, a gene-splicing enterprise aiming to provide people with ideal animal companions. The company was founded by Noah, a brilliant and relentless CEO reminiscent of Steve Jobs who has to overcome the memory of a childhood tragedy involving rats because they’re the creature best suited for what he has in mind.

The scientist who makes it all possible is Sienna, who’s struggling with demons of her own, sometimes less than subtly (as when she’s given a seemingly impossible nine-month deadline on a project, echoing her own experience as a lab rat when trying to become pregnant).

Rushing to get a product out, even if it’s incomplete, is practically standard operating procedure for technology companies. But it’s a much more dangerous practice in the bio-tech world. Nonetheless, Sienna, working too many hours under too much pressure, succeeds in the goal of splicing human-intelligence genes into a rat — Sammy.

What could go wrong? A lot.

Among other things, Sammy takes advantage of a cellphone in the lab to start exploring social media; before long, he’s hooked on YouTube. The algorithm feeds him a steady diet of animal-cruelty videos that fuel his determination to get even with humans by organizing a revolt.

There’s a bloody insurrection one night at the lab, and it’s then that Sienna learns there’s more to Noah’s urgency than she’d known. Once freed, Sammy continues to marinate in the stews of the internet and discovers it’s a good source of information about vulnerabilities in the city’s infrastructure — ones offering significant advantages to his envisioned army of rats.

Meanwhile, back at EditedPets, Sienna and Noah frantically try to find Sammy before he can reproduce, because the only thing worse than one angry rat with human intelligence is millions of them. They’re helped by Prez, an aging pest-control expert with a heart of gold who’s been on the lab’s payroll as something of a security guard.

Prez and his dog, Smog, following a lead on where Sammy might be, head into the sewers beneath Canal Street for a terrifying encounter (and surely one of the most gruesome passages I’ve ever read):

Prez cries out as a black blanket of rats rises over him.

Their combined weight is the equivalent of his Astro van. Prez goes back-first into the filthy liquid, eyes open long enough to see dozens of rat faces drive down at him through rancid foam.

Prez is plunged underwater. Heavy, wiggling beasts slide like wet clay across his body. Tiny claws dig into his cheeks, his neck. He snaps his jaws shut to keep their wiggling bodies out of his mouth and feels the stiff swab of whiskers over his lips and the bony drag of incisors across his cheeks. He is buried alive in rats, hopeless until he hears Smog’s dulled frenzy. It reminds Prez that he too can resist.

He bucks his body and pushes with his arms, emerging from the gray water with a splash...rats dangling from his clothes, one from his hair, one from his ear. Prez slams himself against a wall and...dislodges each rat in turn and hurls it to the opposite wall. Each one leaves a graffito of blood.

Prez sits on the ledge, coughing waste water and spitting the sour taste of rats.

And then he goes home, sings carols, drinks some mulled wine, and makes cookies.

Actually, this episode takes place a few days before Christmas Eve, which is when things really get nasty — for Noah and Sienna and pretty much everybody else in the city that doesn’t sleep. Suffice it to say that if Ebenezer Scrooge had been living on Madison Avenue that night, he wouldn’t even have noticed the ghosts.

Wrath is, for the most part, a compelling tale, and you might well find Sammy the rat to be as likable and sympathetic as Noah and Sienna (and the authors) intended. But don’t read it late on December 24th unless you’re confident those scratching sounds you hear are just reindeer on the roof.

Randy Cepuch is a longtime book selector and reviewer for the Independent. Not long after he drafted this review, this news story appeared — surely just a coincidence!