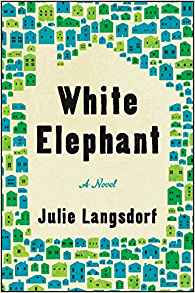 [Editor's note: Julie Langsdorf will appear at this year's Gaithersburg Book Festival on May 18th in Olde Towne Gaithersburg, MD. Click here for a full schedule of events.]

The Dogs of Littlefield: A Novel

Who's killing the pooches in this "idyllic" Massachusetts town?