Voices in the Dead House: A Novel

A richly imagined Louisa May Alcott and Walt Whitman navigate the Civil War. 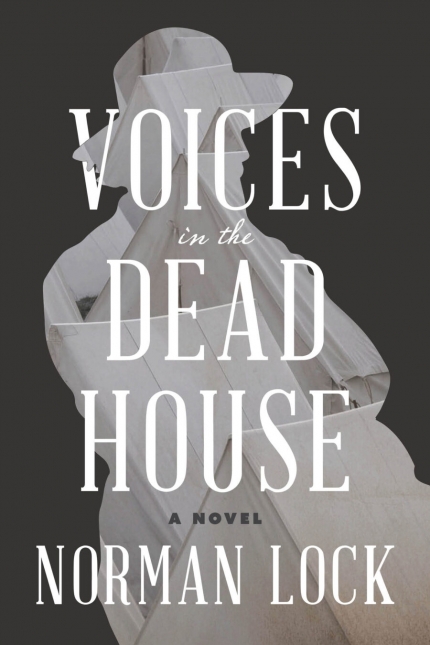 Norman Lock’s Voices in the Dead House is a unique look at the Civil War and its era through the eyes of two beloved literary figures: Walt Whitman and Louisa May Alcott. Lock’s finely drawn characters reveal the despair and uncertainty of the time, the brutality of war, the limitations of medicine, and the butchering of men in, as the fictionalized Alcott puts it, “the United States of pain and suffering.”

It’s 1863, and Lincoln has just signed the Emancipation Proclamation. However, Black Americans still “toil twelve-hour days without complaint of salary”; Alcott’s friend Lucy, a Black nursing sister at the hospital where Alcott works, receives no pay. At one point, Alcott recalls another friend describing the N-word: “The man of the world annihilates the whole combined force of all the antislavery societies by pronouncing it.”

Both Whitman and Alcott serve the North: Alcott at the Union Hotel hospital, and Whitman through the Christian Commission at several hospitals in the Washington, DC, area and as a copyist in the Army paymaster’s office. Beyond the horrors of war, the two express their views of the politics, values, and prejudices of the day, the struggle to abolish slavery, and entrenched attitudes toward women. They also offer insights into their personal ambitions.

Parts one and two of the novel are distinct, connected only through the occasional reference Alcott makes to Whitman. Indeed, she says in the opening sentence of part two, “You’re a shameless ass, Walt Whitman, and I am not the least in awe of you!” Much later in the story, Alcott catches a glimpse of him carrying a slop jar.

Whitman’s section is full of intriguing people, robust dialogue, and intense reflection. His character comes across as insightful, caring, ambitious, and argumentative. He speaks of death — “Death, too, is democratic and makes no distinction” — and offers philosophical statements like, “A man is many things; his character embraces contradictions that he himself cannot always resolve.”

He is dismayed at the criticism leveled at his recent poetry collection, Leaves of Grass, and put out when people do not recognize him on sight. And yet he offers his own critique: “The lines of my verse are packed with I’s. Is there a sadder letter in the alphabet?” Words are his passion and his gift to others — “I worry I spend words and feelings too freely, and then I think neither of them is for hoarding” — and he calls the Civil War a “waste of men,” predicts it will be “long and bitter,” and longs for “its inevitable conclusion: the suturing of our rent and bleeding Union.”

As he visits the wounded, Whitman admits that he must deal with the bloody consequences of his “high-flown words” and declares he will be the poet of war. He believes in emancipation and is convinced that “the land that has a place for slaves and the owners of slaves has no place for freemen.” Above all, he considers himself a “man of the people and the poet of democratic vistas” and believes America is “the new colossus” that will “bestride the hemisphere.” Was Lock thinking of today’s United States when putting these words in the poet’s mouth?

For her part, it is Alcott, via her wit and sharp tongue, who is the highlight of the novel. She is provocative and has no time for fools. She is vibrant and caring but weighed down by financial responsibility for her family. Her father takes no interest in worldly matters, an attitude Alcott resents. “How many sentimental romances has indigence obliged me to write for money?” she laments, referring to these stories as rubbish. “Such prose would purge a sick man’s guts quicker than ipecac.”

At one point, she declares she has “no wish for a husband when I am saddled with a child-father,” and that a spouse is merely “an anchor around a woman’s neck.”

Alcott desires nothing more than to write “about the great themes of human nature” and to be admitted into the “club of serious authors.” To that end, she writes to and reflects on many of the well-known writers who are her friends, including Edgar Allan Poe, Henry David Thoreau, Ralph Waldo Emerson, Nathaniel Hawthorne, and Mary Wollstonecraft.

Time and place come alive in Voices in the Dead House as the author weaves in just the right amount of historical detail. Dialogue, attitudes, fashion, medical practices, battles, power structures, and streetscapes all keep the reader anchored in the past. Through his characters’ struggles, Lock ably portrays the concerns of that day — prejudice, the strength of the Union, and America’s position in the world — which still exist in this one. Soberingly, the author includes in his book this postscript, dated January 13, 2021:

“Not since the time in which this novel is set has Washington resembled an armed camp.”

M.K. (Mary) Tod is the author of five historical novels. She is also the writer behind the award-winning blog A Writer of History, which explores the reading and writing of historical fiction. Mary can be reached via her website, or on Facebook and Twitter.