The Shards: A Novel

A teenage Ellis contends with a serial killer in this autofictional memoir. 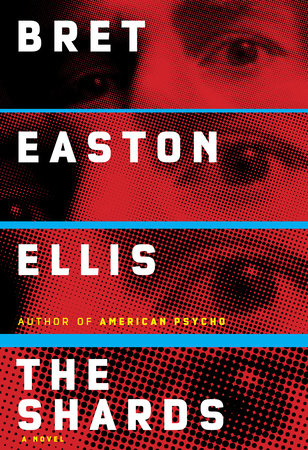 In 2013, Bret Easton Ellis tweeted a logline: “New Novel: Robert Mallory is a high school student and serial killer in 1981 Los Angeles.” In the interim, he collaborated with director Paul Schrader on the 2013 film “The Canyons,” launched a successful podcast, and published a book of nonfiction called White that seemed to position America’s Baudelaire of the 1980s against an increasingly oversensitive United States that Ellis has labeled “post-Empire.”

This year, we finally get that novel Ellis teased a decade ago. The Shards is his most expressive and personal work, easily as entertaining as his debut, Less Than Zero, or his notorious American Psycho, but wiser and more sensitive than either.

Collectively, Ellis’ oeuvre forms a coherent universe that also includes characters and stories from fellow Gen-X wunderkind Jay McInerney (Bright Lights, Big City). Starting with 2005’s Lunar Park, Ellis has inserted himself and McInerney into his fiction. The Shards, however, pushes this further, in the style of mid-career Philip Roth, by being presented as a memoir Ellis has been struggling to write since before the 1985 publication of Less Than Zero.

While attending Buckley, a Los Angeles prep school for megarich children, Bret says, he and his closest friends were targeted, tormented, and in some cases murdered by a serial killer known as the Trawler, who may be new student Robert Mallory, a senior-year transfer with a barely concealed history of psychological trauma.

In The Shards’ deadpan preface, the author explains that despite many years of trying, he could only write this memoir after suffering a mental collapse brought about by seeing a woman near the Palihouse Hotel who he is sure is Susan Reynolds, once a close friend from high school:

“That glimpse of this woman in the flesh started swallowing everything, just as it had in 1981. She was a reminder that it had all been real, that the dream had actually happened, that even though four decades had passed since we last saw each other, we were still bound by the events of that fall.”

From there, we go back to 1981, when Bret and his friends — college-bound seniors with financial resources, absentee parents and enabling educators — straddle adolescence and adulthood. The crew included Bret, his girlfriend Debbie, and their friends Thom and Susan (the quarterback and prom queen). While Bret plays the boyfriend to Debbie, he’s experimenting and fantasizing about male friends like Thom, Ryan Vaughn, and Matt Kellner. Matt is targeted by the Trawler early on, the gruesome accounts of which send Bret on a self-preserving mission to find out the truth about the killer among them.

Despite the psycho in their orbit, the friends party, experiment with drugs and each other, take full advantage of the liberties of attending an expensive school, and worry about looming adulthood. A maturing Susan worries that Thom isn’t really very smart and begins to pull away from him. As she looks forward to growing up, she sees a chance for them to avoid becoming Tom and Daisy Buchanan from The Great Gatsby by ending their relationship.

Debbie knows about boyfriend Bret’s experimentations but works to create a “happy couple” atmosphere between them. With an alcoholic mother and a barely closeted gay father who manages his daughter’s emotions via extravagant gifts, Debbie is willing to compromise for some normalcy. Her dad fancies Bret and offers his help as a hugely influential film producer in order to get time alone with Bret in a Hollywood hotel bungalow. Bret isn’t naive but treats the man’s sexual predation as his own rite of passage, figuring he’ll have to learn to manage such men to have the life and career he desires.

The Trawler twists and warps what would otherwise be a domestic coming-of-age story, even as the police, Buckley administrators, and even victims’ parents work to cover things up to preserve L.A.’s cool serenity. As he gets closer to the truth, Bret becomes Hamlet — an adolescent who knows of terrible crimes but cannot be believed. He is undermined by his reputation as a fabulist storyteller, and his pursuit of the criminal eventually destroys his most precious relationships.

In American Psycho, Ellis gave us Patrick Bateman, the Wall Street serial killer who might’ve merely imagined every heinous act in the novel presented as his confession. That book asks the reader to consider whether a “psycho” is defined by their thoughts or their actions. When it was published in 1991, some critics settled on thoughts, and since Ellis had conjured Bateman’s brutalities, they turned their attention to the author’s character.

The Shards may be Ellis’ answer to that backlash. As Bret is judged harshly by his friends and community, we readers have to ask how much of it is deserved given that he (and, by extension, the author) is merely showing us what we need to see.

Michael Maiello is an author, journalist, and playwright. He worked for 10 years as a writer and editor at Forbes, and his work has appeared in McSweeney’s, the New Yorker, the New York Times, and other publications. Find his free Substack here.