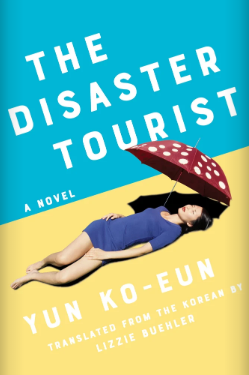 Ever since my first international plane ride at the age of 9 months, travel has been a lifelong preoccupation for me. Over the years, however, as the world became more prosperous, tourism has lost some of its luster.

It’s become less about discovering new cultures and more about bragging rights to once-in-a-lifetime experiences. It’s no longer enough to just see Victoria Falls; now, you have to bungee jump off it. Why explore the crazy tufa formations of Cappadocia on foot if you can soar over them in a hot-air balloon?

Once, I had what I thought was my dream job as a program manager for the travel company of a highly respected public institution. Their catalog offered gorilla trekking in Rwanda, tours through the wild moors and creepy manors of England accompanied by famous mystery writers, and an around-the-world journey in a private jet. These trips cost up to $100,000, and their main purpose seemed to be to deliver the thrills and chills of foreign travel with all the comforts and luxuries of home.

Occasionally, I was obliged to escort a tour. Because the trips cost so much, participants expected everything to be perfect and to adhere strictly to the itinerary, which was completely against my go-with-the-flow ethos.

Instead of taking in the majesty of a sight, the tourgoers would jostle each other for the perfect photo to post on social media. Too often, they treated the locals like characters in a theme park there for their enjoyment.

It nearly ruined travel for me.

It is this seemingly insatiable need for ever more exotic forms of tourism that Korean writer Yun Ko-eun indicts in her novel The Disaster Tourist. Yona is a program manager at Jungle, an adventure-travel company that caters to tourists who “carried survival kits, generators and tents as they searched out disaster zones worthy of exploration. They were the kind of people who would relish the chance to weather the open sea in search of the mythical island of trash.”

Yona’s career is stalled, and she is being sexually harassed by her boss. But when she submits her resignation, her boss instead sends her on a trip to evaluate a six-day desert-sinkhole tour in Mui, a small island nation off the coast of Vietnam.

What she finds in Mui will be familiar to anyone who has stayed at a luxury resort in an impoverished country. There are two worlds: the artificial world of the resort, where everything is immaculately arranged to please the tourist, and the gritty local neighborhoods of dilapidated shacks, unpaved roads, and squalor. After a one-night homestay, Yona discovers that “a guest in the resort used more water per day than all the houses on stilts put together.”

As a disaster destination, however, Mui leaves a lot to be desired — poverty is a manmade catastrophe that isn’t emotionally satisfying for wealthy tourists. The locals are pushy with their wares and demand money to have their photos taken.

At the end of the tour, circumstances leave Yona stuck on Mui. “The resort seemed frozen, and she wondered for the first time if this whole situation had been somehow staged.” The resort manager, scared that Jungle will drop the tour, persuades her to participate in manufacturing a high-fatality natural disaster scripted by a freelance writer.

With the assistance of a handsome local named Luck, Yona begins to see that all is not as it seems on Mui. The resort belongs to a multinational corporation called Paul, which owns much of Mui’s land. Locals are being indiscriminately run over by Paul’s vehicles, their bodies stored to be used as props for the fake disaster, which involves the collapse of manmade sinkholes during a village festival.

As the freelancer writes, “Disaster and catastrophe aren’t just within the realm of the gods. Us humans, we can manipulate nature, too.”

That's an understatement for the times.

Like many contemporary Korean novels, The Disaster Tourist presents a surreal world with a no-frills matter-of-factness heavy on descriptive details and light on emotional insight. Lizzie Buehler’s workmanlike translation delivers a straight-faced telling of an ever-more-bizarre tale.

Though this is satire, there is no humor, just an increasingly caustic depiction of the destructive and dehumanizing effects of rapacious capitalism, swaggering consumerism, and performative travel.

As the world pauses international travel due to the coronavirus, one hopes that the tourism sector is taking this opportunity to re-evaluate organized travel’s toll on the environment and local social-justice issues. The Disaster Tourist is a cautionary tale against the industry’s excesses and, indeed, the excesses of contemporary, industrialized life in general.

Alice Stephens is the author of the novel Famous Adopted People. She has trekked with the gorillas in Uganda, and it was spectacular.