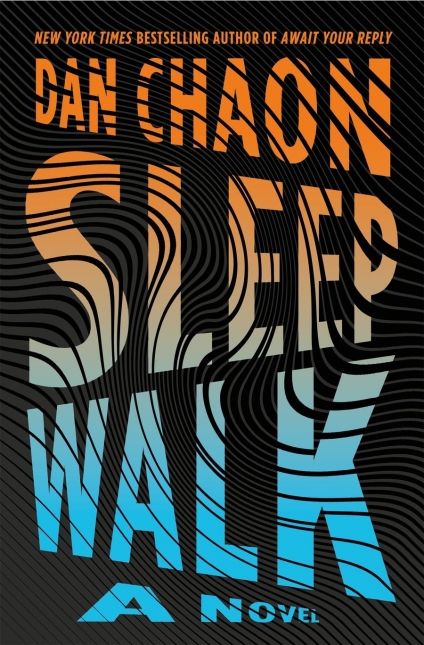 We are at a tenuous moment as a planet, as a species, and as a nation. The American experiment is racing toward its own demise, choking on resentment, hate, and greed, and soaked in ultra-violence. Dan Chaon’s latest literary thriller, Sleepwalk, presents a hair-raising and entirely credible portrait of a near-future dominated by billionaires and their corporations, the rest of the population splintered into factions of white Christian nationalists and fringe religious cults, environmentalist and animal welfare communes, anarchist and computer hacker collectives, and other identity groups.

Our portal into this frightening dystopia is Will Bear. Or Bill Behr. Or Bear Williams. Or the other aliases our antihero, on retainer for an entity called Value Standard Enterprises, uses for his bloody work. We’ll call him by his preferred name, Billy.

The first-person narrator of his wild adventures, Billy is a shaggy, shambolic, micro-dosing, lovable lug reminiscent of the laidback, weed-smoking, home-grown philosopher the Dude from “The Big Lebowski,” if the Dude made his living terrorizing people.

Like all great thriller protagonists, Billy has a complicated backstory that is slowly revealed, and which could cause the dreaded spoilers if gone into in too much detail. But suffice it to say that his mother was the one who introduced him to the ways and wiles of criminal enterprise. Theirs was (past tense because by the time the narrative begins, he’s killed her) a complicated relationship that involved little compassion. Nonetheless, Billy grows up with a tender aspect to his soul, what one character describes as being “eloquent and sentimental about the stupidest things.”

And it is that sentimentality that proves to be his undoing when he is contacted by someone who claims to be his offspring, the result of a youthful stint as a sperm donor (a bit of a misnomer considering most get paid for their emissions). Though trained by his mother not to trust anyone, the thought of a daughter stirs up complex emotions in Billy, who has long lived with feeling “separated from the rest of the people of earth by an invisible wall, like a fish in an aquarium.” Against the advice of his partners in crime and his own better judgment, Billy begins to build a relationship with Cammie, as she calls herself, through cellphone conversations.

She reveals to him the shocking news that she’s not the only one: She has discovered 167 “diblings” (donor siblings), and thinks there are more. Scattered around the world, they all have one thing in common: wealthy parents. Also, they have been implanted with tracking devices; Cammie amputated her own foot to extract hers. But in a world saturated with drones that have access to the National DNA Database (due to his mother’s criminal ways, Billy is off the data grid), it is devilishly difficult to escape surveillance.

As Billy embarks upon that quintessentially American journey, the road trip, he visits significant figures from his past and slowly begins to connect the dots of his fractured history to understand his true identity. Why was his sperm so highly prized that it fetched six-figure prices at auction? Is Cammie real or an AI bot built to lure him into the open? Who sired him? These thoughts lead him to larger questions: What obligations does a sperm donor have to his unknown offspring, and vice-versa? What is family? What is genetic identity?

Though he doesn’t ‘fess up to it in his author’s bio, Chaon is adopted, and the preoccupying themes of the genetically displaced permeate the book. Early in the narration, Billy is entrusted with an infant:

“Probably it’s an under-the-table adoption. Those happen all the time these days…It could end up being nice for our lad, is what I think, and I don’t really imagine that he’ll find himself in a laboratory of some rogue government research facility, or in the hands of some cult that plans to sacrifice him to their dark god, or on the butcher block of one of those organ-harvesting outfits who will slice him up and put his parts in saline jars.”

But when he delivers the baby to a “conservative conspiracy cult” type, Billy “felt a blink of sorrow for the life that lay in front of him and part of me wanted to grab him back out of her hands…Baby merchants are the worst.”

These and other adoptee Easter eggs are buried throughout the narrative. But it is in Billy’s gradual awakening to benevolent human emotions, and thus the full realization of his identity, that the adoptee reader will truly recognize his heroic journey, for it is bears similarity to her own struggle — hopefully minus the Taser, zip ties, and Beretta — to become the protagonist of her own story.

In prize-worthy prose, Dan Chaon has fathered a protagonist worthy of respect, affection, and loyalty. Adoptees know about living multiple lives within one corporeal body; Americans know about second chances. Readers can only hope that Billy and his tribe of Cammies will return to save America once he’s saved his own soul.

The Witches of St. Petersburg: A Novel

Sisters work their (black) magic during the waning days of tsarist Russia.