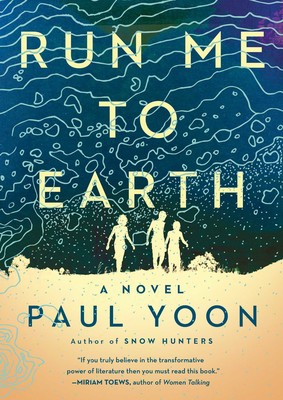 Most Americans know about our country’s military involvement in Vietnam but have little idea about the havoc wreaked in Cambodia and Laos. The U.S. dropped more bombs on Laos — a country the size of Utah — than it did during the entirety of World War II.

As Paul Yoon explains in his powerful and affecting Run Me to Earth: “These bombing missions would last nine years (from 1964 to 1973) and would end up totaling more than five hundred and eighty thousand. This is the equivalent of one bombardment every eight minutes, twenty-four hours a day, for nine years.”

Those are truly horrifying statistics. And yet, there has been scant national reckoning of America’s role in the bloody tragedy that unfolded in Laos, which, at the time, was regarded as a domino that must not fall to the Communists.

Despite all the dropped ordnance, the domino fell. Laos has been under the iron rule of the Lao People’s Revolutionary Party since 1975, one of the few remaining Communist countries in the world.

Today, Laos’ lush landscape is seeded with unexploded “bombies,” and American-caused casualties of a long-finished war are still occurring.

It is the aftermath of the accidental triggering of one such bombie that Yoon depicts in this, his second novel. Three teenagers who have lost their parents to opium and conflict survive by their wits as civil war rages around them. Eventually, they become couriers for a field hospital in an abandoned farmhouse that looks over the famed megalithic site the Plain of Jars, forging a close relationship with Vang, a young doctor.

As the situation worsens, Vang arranges to evacuate the teens, but as they are fleeing, a bomb explodes, and the friends are forever separated.

The story opens in 1969 with Alisak describing the early years of the war, the abuse he and his friends, Prany and Prany’s sister Noi, endure, their survival tactics, and the year they spend at the farmhouse under the tutelage of Vang, who teaches them French, the basics of first aid, and human compassion. It is through Alisak’s eyes that we experience the explosion and the frenzy of evacuation. And then he is “safe” in France.

From this dark heart, three narrators recount the long shadow the explosion casts over generations and across continents. A fourth narrator returns to 1969, to the bomb’s detonation and everything that led up to it.

A master of understatement, Yoon weaves a heartbreaking story of violence and loss in the unadorned prose of a fairytale or parable. Eschewing hyperbole and cheap sensationalism, he captures the boring, granular details and small moments of harrowing, highly dramatic scenes:

“The guard behind him reached for Prany’s neck and slammed him down against the desk. Prany clutched the pen. Immediately, his nose began to bleed. His nose often bled. He snorted it up as hard as he could and swallowed his blood and wiped his lips with his tongue.”

Yoon’s mission is not to educate the reader on the history of Laos, and those unfamiliar with the country must stay alert to figure out what’s going on. Other than the author’s note and a few incidental details, there is little explication of that country’s political situation. Instead, his story is the human tragedy of war, with a leitmotif on the calamity of colonialism.

The final chapter is narrated by Khit, who, by a twist of fate, gets the happy ending that eludes the three friends. In war, fortune is but a chance of luck, good or bad. Small choices that would be inconsequential in peacetime can make the difference between life and death, between being whole and being maimed, between escape and imprisonment.

Ultimately, those living under the chaos and cruelty of war can choose their own fates, even if the choice is to die so that someone else might live. Through the bleakness of the story, and against all odds, Yoon somehow weaves a hopeful tale of redemption by the simple act of survival.

One Plus One: A Novel

A single mom with little money but lots of heart accepts an offer of a road trip and help from a willing stranger.