Appraising a 19th-century master through a 21st-century lens. 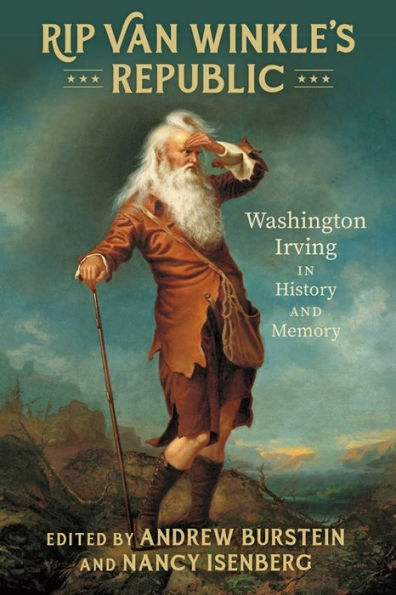 Between the Catskills and the Hudson River, Rip Van Winkle Campground offers $40-a-night tent sites and $135-a-night cabins. About 15 miles north, the Rip Van Winkle Bridge spans the Hudson, with a walkway that offers stunning river views. In Ulster Park, some nine miles south of the campground, there’s Headless Horseman Haunted Attractions, which includes hayrides and the ethereal equestrian’s “tomb.”

Farther downriver, a village even changed its name from North Tarrytown to Sleepy Hollow to brand itself as the setting for Washington Irving’s short story “The Legend of Sleepy Hollow,” featuring the aforementioned Headless Horseman. (Halloween, naturally, is the hamlet’s biggest holiday.) Children here attend Sleepy Hollow Elementary School; Irving (1783-1859) is buried in Sleepy Hollow Cemetery. Though long gone, the author is inescapable as a posthumous presence in the Hudson Valley. But once a “cherished literary figure,” Irving — if not his two most famous tales — is largely forgotten in the wider world today.

The stories most remembered, “The Legend of Sleepy Hollow” and “Rip Van Winkle,” were included in a collection titled “The Sketch Book,” published serially by Irving in 1819-1820 under the nom de plume Geoffrey Crayon, Gent. The bicentennial of the publication was to be commemorated in 2020 with a full-on academic conference. But then covid came along, and the event was canceled. Lucky for us, its organizers, Andrew Burstein and Nancy Isenberg, both affiliated with Louisiana State University, have now compiled the conference’s undelivered papers in Rip Van Winkle’s Republic: Washington Irving in History and Memory.

Their book, as Burstein writes in the preface, calls “to mind the prolific author who grabbed the world’s attention with that best selling collection of stories.” Its contributors are both historians and literary scholars, an interdisciplinary group the editors hoped would broaden readers’ perspective by widening the lens on Irving’s work to include discussions of class, race, horses, and even alcohol (which fueled Rip’s descent into a 20-year slumber).

Ironically, Irving, arguably the most popular author to emerge in early-19th-century America, wrote his “Sketches” in England. A native New Yorker (indeed, a Manhattanite), he’d been sent to Britain to help manage the overseas office of his family’s trading business. The business failed, but Irving stayed on to carve out a living as the writer of the most American of tall tales — all penned from Liverpool.

(The other quintessential — and ironic — figure in early American art and literature was Thomas Cole, an Englishman who founded the Hudson River School of landscape artists while living in Catskill, New York, at the western edge of what is now the Rip Van Winkle Bridge.)

The editors, who also contribute chapters to this volume, provide historical context for what was for long-ago American readers “literary comfort food.” But, as we learn, there is more here than meets the casual reader’s eye. Slavery remained legal in New York until 1827, and Black people appear almost incidentally, and certainly not centrally, in Sleepy Hollow. These characters are presumed to be enslaved, though it is nowhere explicitly stated. As contributor Elizabeth L. Bradley tells us, slavery was also part of the Irving family patrimony, so the presumption is valid.

Behind the fantastical plots of Irving’s stories, the Revolutionary War looms large. Born in 1783, the author was named for “the father” of the new country, so the connections between the Revolution and his fiction are quite appropriate. Drawing on actual events, Irving is said to have modeled his legendary Headless Horseman — a beheaded Hessian soldier in the story — on Major John André, a Brit hanged as a spy for collaborating with American turncoat Benedict Arnold.

Dutch American Rip Van Winkle’s long sleep begins when New York is still a colony under the Crown and ends abruptly with it part of the new nation. It’s a back-to-the-future moment: The image of George III at the local tavern has been replaced with that of George Washington. It’s Election Day, and the newly awakened Rip is accused of being a Tory for his unknowing praise of the king.

Whatever early-21st-century sentiments the scholars wish to layer onto these early-19th-century stories, the tales themselves remain eminently readable. Yes, Rip Van Winkle is “henpecked” by his wife, a stereotype certain to offend modern sensibilities. And, yes, the Black characters are at best two-dimensional. But cast aside today’s cancel culture, and Irving’s stories may be read — and enjoyed — on their own terms as products of their own time. The historical context provided by the contributors to Rip Van Winkle’s Republic adds a respectful layer of nuance to our appreciation of Irving’s work. It’s a service to academics and lay readers alike.

Still, with or without the added nuance, “The Legend of Sleepy Hollow” and “Rip Van Winkle” have stood the test of time. “In Rip’s republic,” Burstein writes, “history is a composite of memory and imagination.” The context the editors present adds value to Irving’s fables but doesn’t alter their underlying magic, which needs no bolstering.

“The beauty of Rip’s republic (and Irving’s sensibility),” Burstein concludes, “is that one is at once never and always out of time.”

Eugene L. Meyer, a member of the board of the Independent, is a journalist and author, among other books, of Hidden Maryland: In Search of America in Miniature and Five for Freedom: The African American Soldiers in John Brown's Army. Meyer has been featured in the Biographers International Organization’s podcast series.

George Soros: A Life in Full

An uneven look at an extraordinary man.