This sixth installment in the bestselling series packs the same outsized punch as its predecessors. 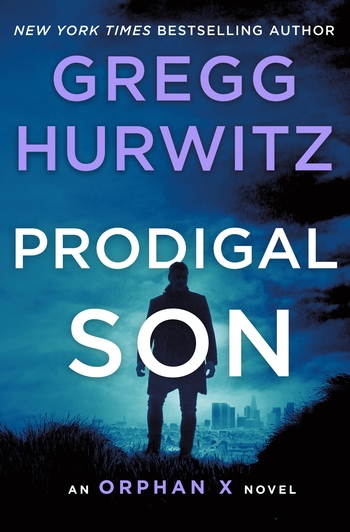 I must first admit that I am in the tank for author Gregg Hurwitz. Not only have I read every one of his books, but I will continue to read any future books as long as my Kindle allows me to keep enlarging the print.

Whenever an author such as Lee Child or John Sandford has a series based on one protagonist, the question arises as to whether the character remains comfortably predictable, evolves, or — heaven forbid — becomes boring. Devoted readers feel that there is a moral contract to never have their main characters be diminished.

In Prodigal Son, his sixth book in the Orphan X series, Hurwitz takes the risk of having his character evolve. Previously, Evan Smoak, a foster child who escaped his depressing surroundings and was turned into an extraordinary assassin by an off-the-books government agency, had left his employer to become a more efficient, more deadly Equalizer. Neither Denzel nor Queen Latifa could compete.

In any series, the author is challenged to further the character’s development while still enabling the book to succeed as a standalone for new readers. In this case, the story begins in the dangerous and desolate Pride House Group Home, where a young, undersized Evan appears hopelessly confined. Circumstances that were previously implied are now clearly in focus. In addition, Hurwitz deftly accomplishes the transition from present to past.

After the death of the man who was his mentor, teacher, and father figure, Evan left the agency and became the Nowhere Man. Innocents who were in the direst of circumstances would call his number, and emotionless Evan would solve their problem in a high-tech, imaginatively violent fashion. The only request he had of those he helped was that they give his number to someone else desperate enough to need his services.

The previous Orphan X novel, Into the Fire, ended with the president of the United States issuing Evan a pardon for all past activities on the condition that he retire. It was interesting how, given that backdrop, the author could conjure up another thriller. Seemingly making it more difficult is the fact that Evan had disciplined himself to never let emotion or a person infiltrate his life. Although his circumstances had changed, Orphan X never would. Or so I thought.

Enter a woman who claims to be Evan’s mother. His first instinct: She’s a fraud, and she wants something from him. But on the off chance that she is actually the woman who abandoned him and has found a way to contact him three decades later, what would possibly be his motivation to help her?

About halfway through the book, I had doubts that Hurwitz could answer this question and also initiate a metamorphosis that could result in a penetration of Evan’s Kevlar-protected soul. By the end, I was pumping my fist in the air.

Most successful thriller writers who focus on a central character have the ability to include special complementary figures. In this case, the delightful Joey, a 16-year-old orphan and tech wizard who believes she’ll be Evan’s successor, has wonderful interplay with him. I am also fond of her dog, whom she calls “Dog” because she doesn’t want to name him. If she did, then she might like him.

Clearly, Gregg Hurwitz has done it again. The action in Prodigal Son is brilliant, almost antiseptic, as the plot wavers between sci-fi and “Damn, could this really happen?” I do have one small admonition, however: DO NOT READ THIS BOOK UNTIL YOU HAVE READ THE FIVE PREVIOUS ORPHAN X NOVELS! You won’t be disappointed.