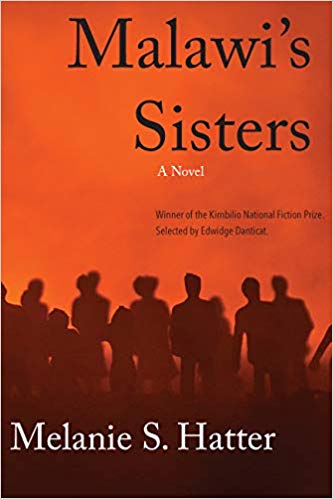 The Gold Coast in Washington, DC, spans the neighborhoods on either side of upper 16th Street Northwest. It is tree-lined and plush, stately in its architecture. It was once, as I was told when I moved here from Philadelphia in 1992, the place where rich black people were “allowed” to live. To be sure, its name strikes an ironic chord for those familiar with both 16th Street and the real Gold Coast in Africa.

Here, in DC, the Gold Coast is beautiful and solidly evident of upward mobility. Being a mixed-race community, it also speaks to the possibility of cross-cultural unity.

But there, across the Atlantic, the term evokes the ugliest time in history for black people: when the crowns of Western Europe enslaved and colonized indigenous people, extracted their wealth by violence, and nicknamed the regions for the commodities they took. (Think gold coast, banana republic, ivory coast, and so on.)

Inherent in the term is beauty, wealth, injustice, and death. And theft. It is this last part, theft of a life, with which Melanie S. Hatter’s Malawi’s Sisters is concerned.

When Hatter set her new novel in Washington’s Gold Coast and named its main characters Malawi, Ghana, and Kenya, I suspect she was saying, “Make no mistake. What’s going on today in this place (America), in this time (now) is just as tragic as that historical mess.”

She is also, by naming her characters after the countries that arose from that terrible era, declaring a proud heritage. And finally, she is evoking the centuries-long tension between blackness, all-that-glitters, and death.

The novel opens with the murder of Malawi — a teacher, a daddy’s girl, the twentysomething baby of the family who has struck out on her own, away from DC’s black bourgeoisie. She has just found love in Florida and is only out for an evening with a friend. She has had a bit too much to drink, finds herself in a minor accident, and walks to the nearest house, only to be shot and killed by Jeffrey Davies, the man inside standing his ground.

It’s a tenuous situation, and Hatter’s symbol for it is a thread: Life dangles there unsure, unravels, gets woven into webs, and occasionally, eventually, is knit into something warm, sewn into something sturdy.

In case the situation sounds familiar, Hatter took her inspiration from the real-life Michigan slaying of Renisha McBride and the countless other black lives taken recently by vigilantes. But instead of leaving readers where the news media must, Hatter leads them almost immediately into the family process of coping, falling apart, and starting to recover.

She does so effortlessly, often mixing the mundane with the horrific, as in this excerpt from inside the mind of the grieving father trying to find relief through TV:

“He stopped at the Discovery Channel and watched a spider spinning an intricate web, the narrator’s soft voice as if not to disturb this creator at work. After a while, he continued flipping through channels and stopped when he heard Malawi’s name. A talk show discussing the arrest of Jeffrey Davies. The motherfucker! Arrested but immediately released on bail. At home…while his baby girl was rotting in the ground…He deserved the death penalty. In fact, he should kill him himself. The thought floated around his mind and then hung like a leaf caught on a web. He should kill him himself.”

Each chapter is narrated by a different family member on the edge: The gifted and beautiful, though none-too-maternal mother, Bet. The stern and bourgie eldest daughter, Kenya. The free-spirited middle sister, Ghana. And, I think most gut-wrenchingly, the influential judge and loving father, Malcolm.

There are twists in the plot and many obstacles. There is adultery, addiction, in-group prejudice, rage, and such imperfect love that it reads like real life. Malcolm thinks he can soldier through the loss, but he plummets toward his own violent impulses. Bet cannot cope at all and retreats, only to come face-to-face with her personal shortcomings.

Kenya goes through the motions while all the trappings of her seemingly perfect life fall away one by one. And Ghana skates the line between finding meaning in her intimate relationship and destroying it by sabotage.

But Malawi’s Sisters is not without joy; it is no dreary story. The novel moves quickly, as its author has that rare gift of saying just enough to keep readers reading and giving enough to make them understand. We truly know the characters, and we believe them as they find agency in the midst of a terrible loss.

Because it is so believable, the book will likely “encourage and inspire in-depth conversations and discussion and help readers think more deeply about a subject they might have mistakenly thought they knew all about,” as Edwidge Danticat said about the novel, which she selected for a national fiction prize. Like Danticat herself, Hatter is comfortable with complexities and shows us all sides.

In coverage of shootings, American viewers see different versions of the same thing. But Hatter paints the stages before and behind the familiar images (weeping loved ones, deranged men in handcuffs, people giving speeches). And then she flits by them into aftermaths and uneasy reckonings.

At times, her prose feels too clean for all this murk. But, mostly, the tension between the prose and the content functions as irony, highlighting via contrast the insanity of the carnage that creeps into people’s homes. Malawi’s Sisters documents it as madness and possibility.

Thus, Hatter’s greatest gift, I suspect, is for future readers. Her book reminds me of Upton Sinclair’s The Jungle because it, too, perfectly preserves its time, which will, hopefully, one day pass.

Sarah Trembath is an editor, writer, performance artist, and educator. Her work has appeared in the Santa Fe Writer’s Project Quarterly, the Rumpus, Everyday Feminism, Sally Hemings Dream zine, Azure literary journal, DCist, and the Grace in Darkness anthology of DC women writers. Her first book (a collection of poetry and prose on coloniality, race, and class), This Past Was Waiting for Me, came out in 2018, and her collection of poems on temptation and loss, It Was the Scarlet that Did It, is due out later this year. She is a graduate of Temple University and Howard University, and now teaches in the Writing Studies Program at American University.