What happens when a white guy feels like he’s Black? 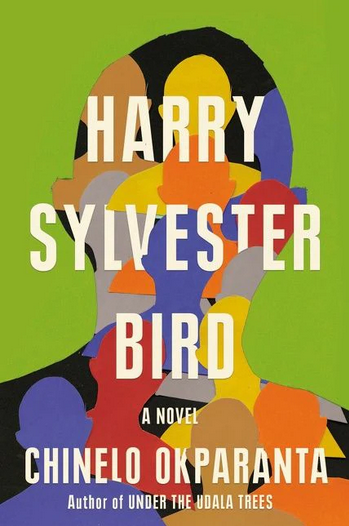 Harry Bird is 14, sensitive, sheltered, and an only child. He detests his parents and calls them his “wardens.” His dad, Wayne, is a blustery, racist cheapskate. His mother, Chevy (her parents named her after what they most desired, a Chevrolet), is a fearful germaphobe who refuses to hug her son over worries of what might be spread. He is growing up in a small, desolate Pennsylvania town.

And, well, he considers himself Black.

“People are increasingly difficult these days,” a news anchor opines in Chinelo Okparanta’s startling new novel, Harry Sylvester Bird. From page one, the author explores the increasingly difficult life of a young white boy who doesn’t fit in his own skin. We follow Harry, who eventually goes by the name G-Dawg, from his teenage years into early adulthood. The novel starts in 2016 (a year that now connotes dread like few others), with Harry and his parents visiting Tanzania for a safari vacation to celebrate the recent win of a right-wing American president.

Harry is ashamed of his parents’ behavior — his dad’s abuse of the staff at the resort, his mom’s fear of “contamination” and uncleanliness — and hides away from them. Yet he’s drawn to their Tanzanian camp guide, Benson. “I admired everything about him: the way he stood, the velvety texture of his voice, the striking whites of his eyes…[I wanted] to consume with my eyes this new man.”

Upon his return home, Harry is a new man, too. He starts to experiment with wearing a durag and finds himself alienated from his peers in his overwhelmingly white high school. Blackness is his way out of the “wickedness” he sees in his white parents and the progressively more demagogic political atmosphere after 2016.

Still, you never sense that anyone believes Harry is Black, nor does he explicitly tell people he is. This is not a novel about passing; one gets the impression Harry couldn’t if he tried. Instead, Okparanta has written something rarer. Harry Sylvester Bird is a bildungsroman for our time: a coming-of-race novel.

We see the world through Harry’s earnest and naïve eyes. He, like all adolescents, asks himself, “Who am I?” His answer — a Black man in America — would be startling to everybody but him. Okparanta cleaves the reader to Harry through an intense first-person narration. Harry, from inside his own head, sees Blackness as his way out — a liberation from, and moral rebuke to, his parents. But more importantly, it's a psychological balm; Harry can’t be to blame for the problems of white people because he’s not one of them.

And the problems are made evident throughout the book. G-Dawg (née Harry) moves to New York City for college and gains a girlfriend, Maryam, a Nigerian student. America slowly disintegrates around them. Towns burn from environmental decay; people lose healthcare and wander the streets like specters. The Purists, a MAGA-esque political party focused on Caucasian domination, seek power and threaten violence across the country.

Yet even as a Purist movement rises over the decades-long scope of the novel, Harry does little to fight back against its white-supremacist ideology and even accepts a college scholarship funded by its “white reaffirmation national plan” that allows him to afford an apartment in Manhattan and attend college without needing a second job.

But, of course, Harry can only “be Black” because he is white. His language about Benson, the safari guide, is about consumption and objectification. His attraction to Maryam is based on “the way she wore her Africanness proudly.” The reader sees that Harry, in his supposedly radical act of transracialism, is doing nothing to challenge his own consciousness or the political and economic apparatus that enables racial dominance.

The skin — that “trick of light,” as he calls it — is where he begins and ends. If Harry ever heard Zora Neale Hurston’s oft-quoted line, “People can be slave ships in shoes,” he’d think of running down to the closest DSW for his size instead of pondering what is in his soul.

Harry Sylvester Bird raises questions about whiteness, identity and its limits, and the psychology, politics, and culture of race. The America that Okparanta portrays is only a millimeter away from reality and, as successfully as any recent literary depiction, utilizes a potent mix of satire and horror to produce the creeping uneasiness that infuses so much of the American psyche right now. Okparanta is also exploring a (or perhaps the) tension at the center of American literature.

Toni Morrison, in her magisteral and searing essay examining race in American letters, “Black Matter(s),” wrote that “autonomy, newness, difference, authority, absolute power: these are the major themes and concerns of American literature,” and those are only made possible by what Morrison identifies as American authors’ use “of a constituted Africanism” deployed by white writers as “rawness and savagery.” Harry Sylvester Bird is an incisive and innovative example of how such strangling national visions continue to manifest themselves today.

Chinelo Okparanta, through the herald of Harry Bird, gives us the voice of a new 21st-century self-made man. The self is Black. The man is white. But he is wholly American made.

Carr Harkrader is a writer and book critic in Chicago. You can follow him on Twitter at @CarrHarkrader.