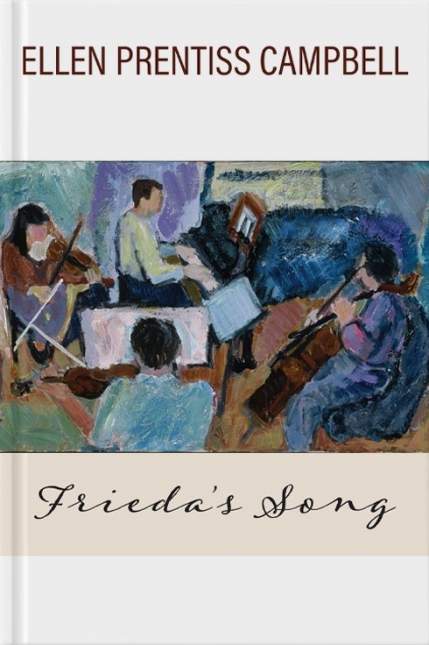 In her novel Frieda’s Song, Ellen Prentiss Campbell draws concentric and sometimes intersecting Venn circles of narrative around the lives of two women, one historical, one fictional, as the themes of their lives intersect.

Frieda Fromm-Reichmann was a famed, real-life psychiatrist who fled Nazi Germany in 1935 and practiced her innovative treatment of schizophrenic patients at Chestnut Lodge Sanitorium in Rockville, Maryland, for 22 years. Eliza Kline is a fictional psychologist who — 50 years later — finds herself with her 14-year-old son renting the custom-built home of “Dr. Frieda” on the grounds of Chestnut Lodge, although the sanitorium next door is now abandoned. A diary written by the psychiatrist and discovered by Eliza becomes the medium through which their lives overlap.

The moving tale of these two women as they struggle with life, love, and the care of troubled patients becomes a journey shared over decades. The story is fertilized by the wisdom of the late Dr. Frieda and adopted by Eliza, who, in her own work, encounters challenges eerily similar and equally complex. Told via interwoven narration, the tale becomes a threaded fabric of voices as the characters — affected by apprehension, history, and political events — emerge from the page to embed in the reader’s own imagination.

The book’s setting in Rockville over the decades lends to the feeling of time passing as both lives unfurl. Eliza, waiting for her emotionally vulnerable son, Nick, to return from an errand in town, reflects on the Lodge’s now-unusual practicum of occupational therapy, wherein patients and doctors worked in close relationship, utilizing therapies based upon daily tasks and artistic pursuits, stressing active engagement in the job of living. Eliza observes the changes all around her:

“Nick returned with milk in a glass bottle from the new organic grocery in the rebuilt town square. Eliza missed the shabby former shopping strip, especially the grocery store. Back during her student days at the Lodge some psychiatrists still walked patients into town to practice shopping, dealing with the world. Occupational therapy combined with analysis was a Lodge trademark. Now, no one even had time for a fifty-minute hour at Eliza’s clinic. You had to keep it to thirty minutes for the insurance companies, get special approval for longer sessions…”

The old days come to life when Eliza uncovers Fromm-Reichmann’s hidden writings. As she lingers over the yellowed pages of manuscript notes, she absorbs the principles of psychotherapy Dr. Frieda imparts. Eliza tells herself, “Good things can come out of bad things, she’d seen it with clients.”

“Healing and growth — natural forces, right Frieda?” Eliza says to the psychiatrist’s photograph above her desk. Like her famous mentor, Eliza is convinced that “every human being has an innate tendency toward health.”

For many years, the author herself practiced psychotherapy, and her training is reflected in this novel. Frieda’s Song is a tribute to survival when the line between madness and sanity grows thin. Toward the end of the book, Eliza says, “I cannot deny myself hope any more than deny it to a patient, a family. We must believe in the possibility of health to succeed. The forces of nature are in our favor.”

Later, she adds, “Human nature tends to health like plants to sunlight.”

Throughout the unfolding of the two women’s lives, narrated in the past and present by characters real and fictional, the author offers maxims of daily relevance. Frieda’s Song demonstrates that “we cure psychosis with relationship; reach the loneliest with listening.”

Imaginatively crafted, this is a remarkable book.

Janet A. Martin is a graduate of Emory University and Columbia Graduate School of Journalism and a 2015 contributing writer to the Bread Loaf Writers’ Workshop. She has published in regional and national magazines and is the author of a seasonal novel, The Christmas Swap.