A woman makes sense of her trauma with the help of a Japanese cult movie. 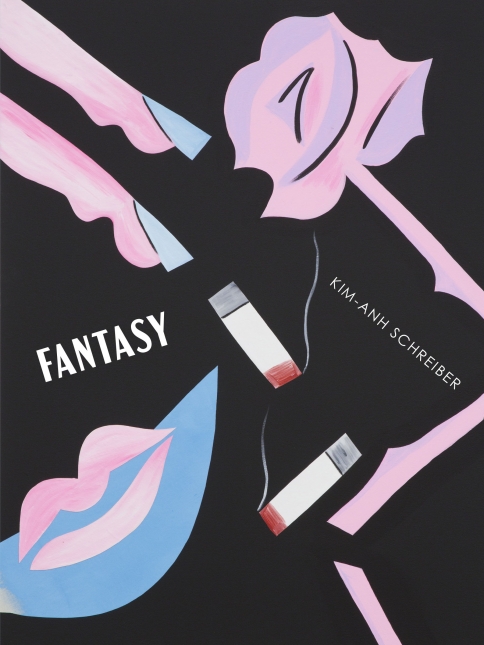 Burdened by transgenerational trauma and the heavy expectations of parents who sacrificed so much, the first-generation American often struggles to comprehend the fractured world in which she lives.

For Kim-Anh Schreiber, the author of the hybrid memoir Fantasy, her mother’s immigrant experience has haunted and shaped her life. At the age of 10, Schreiber’s mother was on the final helicopter full of Vietnamese refugees that left the U.S. Embassy during the Fall of Saigon:

“I would imagine that at this moment, shimmering as history gathered them in the palm of its hands and lifted them up to the heavens, my family became gods. The Fall of Saigon was always the door they opened to enter our mythical life. It became my key.”

At 18, her mother ran away from home to marry Schreiber’s father, the son of German refugees from East Berlin. She gave birth to the author nine months later and, shortly thereafter, ran away from her new family, too, abandoning the author to be raised by her grandparents.

(There is little mention of the author’s father, leaving the impression of an absence there, as well. Is it because he loved her enough that she doesn’t feel the need to mention him further? Or is it that a missing father isn’t as destructive to the female psyche as an AWOL mother?)

Schreiber interleaves her personal history with a critical study of Nobuhiko Obayashi’s cult horror film “House,” which she first watched after a bicycle accident left her in chronic pain. “The biggest privilege of inhabiting a body, I learned, was to not even notice it was being inhabited.”

Schreiber spent the next three years researching the movie, watching other Obayashi films, studying modern Japanese culture, and investigating works with adjacent themes. In dissecting each scene, character, and motif, she skillfully connects the film to her own story.

The book’s title refers to one of the seven main teenaged characters in the movie, each of whom, like the seven dwarves, is named for her defining trait. Fantasy is not the central character (in a horror film, that would be the one who survives the longest), but she is the only one who senses something is terribly wrong with the house where they are spending the summer and its spinster owner, who becomes stronger and more vivacious as Fantasy’s friends die one by one.

The two narratives begin to blend as the author stitches short passages on Fantasy’s increasing alarm over the bizarre things happening in the house into significant episodes from her own past, particularly the death of her Vietnamese grandmother — a turning point in Schreiber’s relationship with her mother, who fails to appear at the deathbed:

“The last time I saw my grandmother was the last time I saw my mother. When I put on my white headband and touched my forehead to the Earth, I said goodbye to both of them. I didn’t mean to test her, but Bà’s death was a test. If she couldn’t make it home in time for her mother’s death, she didn’t feel that she owed us anything. She had failed our trust fall.”

The final section of the book, “The Maternal Ecology,” is a composite of narrative prose and a play script. In the chapter’s introductory note, Schreiber explains that the word fantastic “takes its origin from phantazein, or ‘make visible’; phantazesthai, ‘have visions, imagine’ or ‘picture oneself’; and phantos, simply ‘visible.’”

The play, which depicts the relationship of two flowers, mother Karma and daughter Khaos, is embedded within a narrative depiction of the fraught interactions between Daughter and Mother that reference an array of female-centered movies and television shows that mix the fantastical with the real, such as “Mulholland Drive,” “Picnic at Hanging Rock,” and “Keeping Up With the Kardashians.”

As with the rest of the book, it is a weird, intriguing mash-up of genres and styles, a “cutting, editing, collaging, organizing, and reorganizing” of Schreiber’s history in order to better understand it.

Does it help to have seen “House” to appreciate Fantasy? Perhaps, though the author describes the film in such detail that the reader won’t get lost if she hasn’t watched it beforehand. If you're finicky about spoilers, see the film first, but Schreiber’s meticulous analysis gives useful guidance on important motifs, as well as provides helpful historical context for the film.

Fantasy is not the kind of Oprah-endorsed memoir that spoon-feeds the reader uplifting life lessons, but rather an inventive, uncompromising, and poignant examination of transgenerational trauma, the primordial bond between mother and child, and the damage wrought when that bond is broken.