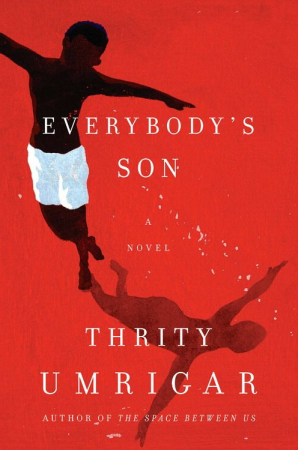 Anton Vesper Coleman is, quite literally, a “golden” boy. That is the adjective author Thrity Umrigar uses repeatedly to describe the skin tone, eyes, and aura of the protagonist in her sixth novel, Everybody’s Son, in a not-so-subtle bid to portray him as a trophy son.

Anton is a replacement for an earlier son, the scion of a Yankee political family who died in a car accident while in high school. To ease his and his wife’s heartbreak, David Coleman, the state’s attorney general and son of a popular governor, brings 9-year-old Anton home as a foster child. His crack-addicted African-American mother had left him alone for a week, locked in their apartment in the projects during a heat wave, and is in jail awaiting sentencing on a child-endangerment charge.

Intelligent, athletic, quick to learn, and eager to please, Anton soon earns David’s love. However, Anton’s mother’s offense does not typically result in much jail time, so to keep Anton longer, David arranges for her to receive an unusually long sentence. Thus he embarks down a slippery slope that will return to haunt his family.

After his mother, under pressure from David, gives Anton up for adoption, the Colemans make him an official part of the family and, despite his skin tone, he becomes one of them: privileged, prep-school educated, ambitious, successful.

Like his father and grandfather before him, he attends Harvard, where he falls in love with an outspoken African-American woman who challenges him on his political beliefs: When they break up, she tells him, “I can’t decide if you’re the blackest white man I’ve ever met or the whitest black man.”

Her words arouse in Anton the cognitive dissonance inherent in the transracial adoptee experience, “a film of inauthenticity that clung to him. Black boy in a white school. Black boy with light skin and golden eyes who looked vaguely foreign…who dressed so preppy that the occasional black person he encountered in his rich neighborhood — maid, janitor, gardener — looked at him with puzzled eyes, trying to solve the riddle of him.”

But he represses his conflicted emotions, as he has been taught to do by his blueblood parents. Following in his father’s footsteps, he is elected attorney general, an Obama-like politician who transcends race. When his father suffers a career-ending heart attack, Anton runs to replace him as governor. But in the middle of a hectic, high-pressure campaign, he receives a letter from his birth mother and learns the ugly truth behind his adoption.

There are many flaws in the American adoption process that have been exposed by cases like that of Adam Crapser, Baby Veronica, or the boy who was sent back to Russia. But instead of exploring the weakness of American foster care and adoption policies, Umrigar chooses to use adoption as a vehicle to expose the arrogance of the white ruling class and the ongoing saga of black injustice.

At various points, Anton’s adoption is referred to as kidnapping and slavery, and David repeatedly asserts that he and his wife rescued, saved, and made a success of Anton. David employs the “broken windows theory” on Anton, refusing to let him accept failure, as when he employs some tough love to teach Anton how to ski.

Though the author keeps the pages turning, she bludgeons the reader with her message, leaching tension from the narrative and turning her characters into paint-by-number caricatures. The reader is not permitted to reach her own conclusions, but is force-fed the repetitive messages of racial injustice, white privilege, and the imperative of biological ties. By insisting on doing the thinking for her readers, the author detracts from an absorbing and entertaining story, and the schmaltzy ending takes the novel into “Hallmark Channel Special” territory.

Alas, poor Anton is reduced to a trophy yet again, this time by his own well-meaning but misguided creator.

Alice Stephens is a transracial adoptee, but no trophy kid, and thanks her parents for not using the broken-windows method on her. She writes a regular column for the Independent, Alice in Wordland.