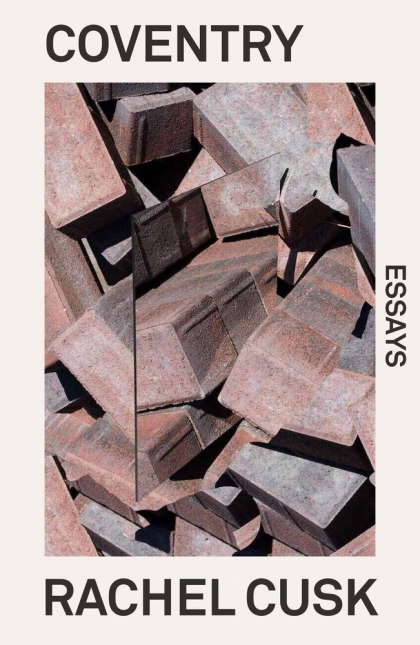 Writers are notoriously selfish beings whose powers of observation are forever hoovering up every bit of life experience to feed the beast of expression. Everything and everyone is fair game.

But pity the family of the memoirist, for whom everyone else’s life is co-opted in the service of documenting his or her own. In Katy Waldman’s recent New Yorker Talk of the Town piece, author Linda Boström Knausgård’s says that her mother wasn’t entirely thrilled with her writing Welcome to America.

“After the thing with Karl Ove, she was just exhausted with being written about.” (“The thing,” in this case, being Linda’s ex-husband’s multi-, multi-volume memoir, My Struggle.) One can only imagine.

I have often wondered at the ethics involved when a talented author sharpens her words to engage in a one-sided battle of wits with a real person. Knowing her silent opponents have no equipment with which to defend themselves, let alone fight back, where do her readers’ sympathies land? This is the question I wrestled with in the deliciously engaging, often exasperating first section of Rachel Cusk’s collected essays.

Each of the essays in Coventry has been published previously. One, “Aftermath,” grew into a 2012 book-length memoir of the same name, while another, “I Am Nothing, I Am Everything,” is a chapter from Cusk’s 2009 memoir/travelogue, The Last Supper. Several pieces originally served as introductions to new editions of other authors’ works, and two are “re-reads,” a look back at books upon the release of their movie versions.

The collection is split into three sections, with the second and third focusing on writers and writing. Cusk’s work is erudite and authoritative, filled with incisive commentary and description. I plan to read Natalia Ginzburg’s essay collection The Little Virtues because of Cusk’s introduction to the 2018 Daunt edition.

But the reason to pick up this collection is for the first section, “Coventry,” in which Cusk is at her autobiographical finest.

Because the essays have all been published before, a reader may already be familiar with several, but reading them together paints a surprisingly detailed picture of Cusk’s life — both daily and emotional — as well as her enduring thematic concerns. Her overriding objective, in both art and life, it seems, is honesty. Hers is a drive to speak the truth.

The trouble, of course, is that a writer is searching for emotional truth, psychic truth, which is notoriously subjective. “In a story there is always someone who owns the truth,” Cusk says in “Lions on Leashes.”

In a story, yes, but life is far messier than that. Each of us is the hero of our own story. It is always our perspective that determines what is true.

Getting to the truth as she sees it was a significant source of the friction in Cusk’s early household. In “On Rudeness,” she describes her ongoing war of words between her teenage self and her mother. “[S]he formulated a story of herself whose simplifications and lies infuriated me. I aimed to correct her with truth — perhaps I thought that if only I could insult her with sufficient accuracy, we would be reconciled — but she refused to be corrected, to be chastened.” Little wonder. Who among us gives up our own lovingly cultivated narrative so easily?

Cusk famously does not shy away from sharing the most personal elements of her life, nor does she spare herself from her own critique. Such an approach is not without risk: She suffered significant reader blowback from her nakedly honest discussion of her experiences of motherhood in A Life’s Work. It's one thing for her to choose to open herself up this way; it’s another entirely to decide the same for others.

In “Aftermath,” — an essay about the dissolution of her 10-year marriage to the father of her two children — Cusk writes, “My husband believed that I had treated him monstrously. This belief of his couldn’t be shaken: his whole world depended on it.” Her implication is that he is wrong in this belief and irrational in his refusal to concede otherwise.

She is willing to share some of her less-enlightened conduct, such as refusing to share joint custody by saying, “They are my children. They belong to me.” But is this the behavior her ex-husband characterized as monstrous, or is there something else? We don’t know because Cusk doesn’t tell us. (It’s possible his definition might include having the break-up of his marriage dissected in a book-length memoir, but that hadn’t happened yet.)

Similarly, the rift with her parents is complete, as she documents most poignantly in the title essay:

“Every so often, for offenses actual or hypothetical, my mother and father stop speaking to me. There’s a funny phrase for this phenomenon in England: it’s called being sent to Coventry.”

I can’t help but ask: Is it worth considering that the actual offense might be how she writes about her parents?

As she describes her mother and their relationship, it’s clear that the woman claims an outsized piece of real estate in Cusk’s psyche, even as she denigrates her mother for being shallow and vain. It’s almost painful to see Cusk — a successful, witty, engaging adult — still locked in this battle, as angry as her adolescent self, unable to let it go.

Or perhaps she finally has. She says, at the end of the essay, that she has decided to remain in Coventry — that is, to maintain the silence and distance that her parents initiated. I hope, for Cusk’s sake — and honestly, for those within her orbit, too — that she finds a measure of peace there.