A horror story with long-simmering revelations about family and death. 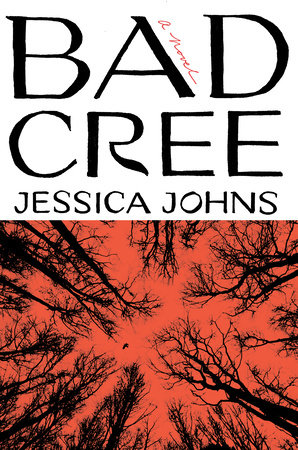 Sometimes, a book is such a slow burn, you don’t realize what’s happening until everything is on fire. Jessica Johns’ Bad Cree is such a book, filled with dread, sadness, and supernatural elements that, when combined, offer powerful insight into loneliness and the importance of friends and family — in short, one’s own tribe.

Mackenzie is a young Cree woman living alone in Vancouver, having moved away from home in High Prairie three years ago. She created a rift with her loved ones by not coming back for her sister Sabrina’s funeral. Now, right before the one-year anniversary of Sabrina’s death, Mackenzie is having frightening dreams about drowning and watching her sister die.

In Mackenzie’s waking life, a murder of crows follows her about the city, cawing ominously. To top it all off, she emerges from one dream clutching a severed crow’s head that wasn’t there when she went to sleep. She recalls the nightmare:

“The crows were cawing so vehemently around me, it sounded like battle cries…Sabrina’s scream never stopped, not even for a breath…And then, I saw it. A hole as big as my fist just below Sabrina’s collarbone. The bone-white of her sternum glistened against blood. A crow, perched on Sabrina’s chest, was tearing at the sides of the wound, its beak coming away with skin and veins. I screamed and kept swiping at the crows, until some finally started to fly away.”

Shocked and terrified, Mackenzie consults her Squamish friend Joli, who encourages Mackenzie to reach out to her family. Although she feels uncomfortable asking for help, Mackenzie does eventually contact her aunt, and then her mother (“The sound of her voice is an ache”).

Auntie Verna convinces Mackenzie to return to High Prairie. “I thought if I stayed away after Sabrina’s death, the ugly would pass me by like a car that has some better place to go,” Mackenzie reflects. “I didn’t know how wrong I’d be.”

Johns makes it clear how difficult it is for Mackenzie to go back home, but also how comforting it feels. Among her cousins, aunts, parents, and surviving sister, Tracey, she hopes she’ll recover from her bizarre and disturbing dreams. Instead, she’s plunged further into them. To make matters worse, she discovers that her relatives have strange relationships with their dreams, too. Auntie Verna, for one, reveals that she dreams in colors:

“When they were at their sharpest, most vibrant, I knew I had to be careful in real life. That’s when strange, bad things would happen…When the colours in my dreams were dim, slight hues, I could relax a little more.”

Mackenzie’s mother is visited by dead family members in her dreams. “Sometimes they’d ask me to pass on messages or we’d just visit,” she explains to Mackenzie. “But mostly, they’d tell me things that were going to happen. Bad things that always ended up coming true.”

And Mackenzie’s cousin Kassidy can see the future while asleep. “It started out as small, weird déjà vu moments,” she says. “Things in real life happening that I already saw in a dream.” These premonitions culminate in Kassidy narrowly avoiding the deadly car crash she’d foreseen in her sleep.

Together, the women realize an incident that happened shortly before Sabrina’s death may be the key to unraveling Mackenzie’s nightmares. As Mackenzie, Kassidy, and Tracey set out to right an ancient evil, they delve deeper into folklore and Indigenous magic. Readers who accompany them can look forward to a satisfying, haunting journey.

A provocative tale of teens surviving in a world where consumerism runs amok and Big Brother is always watching.