Yours, Mine, and Ours

But when it comes to stories, mostly mine. 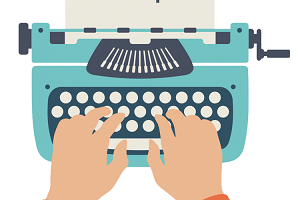 “When a writer is born into a family, the family is finished,” wrote the Polish Nobel laureate Czeslaw Milosz, coining a phrase that has been a rallying cry for writers from Philip Roth to Bret Easton Ellis (who tweeted it to his 565K followers) and anyone else who mines the private lives of friends and family for the amusement of strangers.

“You were very hard on your mother,” said my father, who was more annoyed by his own portrayal in the book. (“Why did you say I was ‘just’ an optometrist?” he asked. “Just? Why ‘just’?”)

My best friend, who was the unequivocal fan favorite and hero of the book, didn’t speak to me for seven years after it came out. When I finally wormed my way back into his heart, he told me that I’d written him as a stereotype of a gay man.

“I’m forever sorry. That was never my intention,” I told him when we finally met to hash things out. “I wanted to depict you as my one true friend. My saving grace.”

My sincere apology — and a willingness to let him be good and mad at me before issuing one — helped mend our relationship. My father, who forgave me a lot sooner, still meted out a small punishment.

“Of course, I’m going to tell all of my friends not to read the book,” he decided. (Although that probably had more to do with me writing about all the sex I was having and all the cigarettes I was smoking than the fact he was just an optometrist.)

It’s never my intention to upset anyone. But upset people I do. And this extends to people outside of my circle. Because, as a journalist, I also write stories about everyone: a shofar-playing rabbi, a physics professor, and even Grace Kelly (but not all for the same piece).

That latter story, the most recent, about an exhibit at DC’s Hillwood Museum featuring the Christian Dior-designed clothing Kelly wore as princess of Monaco, really got under the skin of someone on the museum’s staff. And she let me know it in an email that pointed out sections where I had, quote unquote, gotten it wrong. This woman even threatened to call my editor should I not address her quibbles.

Since this article was rigorously fact-checked, I knew I hadn’t gotten anything wrong. Nor was my intent misplaced. Hillwood’s defender just didn’t like my portrayal of things.

I wrote her back and dismantled her argument, quibble by quibble, in the nicest possible way. My husband told me it was the best academic burn he’d ever read. I never heard back from Hillwood and am starting to suspect my request for a private tour of its secret passages won’t be granted.

Maybe Milosz’s quote needs updating: Tick off somebody in charge, and the writer is finished.

The Montblanc Is Mightier…