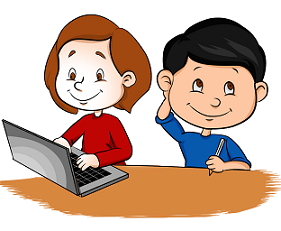 When Leo was a toddler, I once asked him what he thought I did all day long. He knew Karl — hubby to me; Dada to him — went to an office every morning and came home every night, tired and hungry. What Karl did wasn't a big concern to Leo. It was the coming home that mattered.

I was always around, of course. For school assemblies, calls from the nurse's office, endless hours on the playground. For all I knew, my job title was Chairman of Beck and Call. Leo, however, had another occupation in mind.

"Your job is to go to thrift stores," he told me, despite my showing him evidence of multiple bylines and seeing my books on the shelves outside his bedroom.

True, I did volunteer every Wednesday at a church thrift shop, and some people do thrift for a living, making a tidy sum as resellers. And true, being a "writer" is a very abstract concept for a child, especially one who is accustomed to seeing Mama on the couch with a computer on her lap and her fingers poised and ready — but mostly still — on the keyboard.

Now that Leo is older, I again asked him what he thought I did all day long, only this time I assigned him a 500-word essay to write. Below, along with my annotations, is the result.

Cathy Alter, writer for over 20 years, [BUT WHO'S COUNTING?] will be the reference for this story. Her story started back when she was in school, in the late 60s and early 70s. [HE WANTED TO INCLUDE MY AGE AND WHEN I TOLD HIM NOT TO, HE STILL FIGURED OUT A WAY TO DATE ME.]

“I was writing all the time, in first grade, second grade…all through school and I just told everyone I wanted to be a writer when I grew up,” she said. [LEO INSISTED ON RECORDING ME SO HE COULD "GET THE QUOTES ACCURATE."]

Cathy got interested in getting published in newspapers and magazines when a shopper at a clothing store she worked at asked a life-changing question. [I ACTUALLY WORKED IN THE WHOLESALE SHOWROOM OF BERNARD CHAUS, THE WORST JOB I EVER HAD.]

“One of the buyers came in and said do you know anyone who could write a little story about me for our company newspaper, and I said I can do it, so I did an interview, and I wrote a little story about her, and she said what are you doing working in this clothing place? You should be a writer, and I thought you know what, I should be a writer.” [A KINDNESS I NEVER REPAID.]

Now, Cathy has published three books, Virgin Territory, a coming-of-age book about women growing up, Up for Renewal, a memoir, and Crush, an anthology about celebrity crushes we had when we were little, and hundreds of stories and columns that have been put in magazines and newspapers. [A-HA, SO HE DOES KNOW WHAT I DO!]

I am Leo, son of Cathy Alter. [I HAVE READ THIS SENTENCE OVER AND OVER AND CANNOT HELP SINGING IT TO THE TUNE OF, "I AM WOMAN, HEAR ME ROAR."] I am going to explain what I see Cathy doing time when I walk into the room to grab a snack or plop down on the couch to watch TV. [BUCKLE UP, READERS.]

One of the things I see her do time from time is talk on the phone. Usually, it’s an editor or somebody she is interviewing for her latest story. However, this is not always the case, and sometimes it’s just a friend she’s chatting with.

Another thing I see her do is occasionally talking with people she’s interviewing over video on a computer. However, the person on the other end of the call could just be a friend, too.

The third thing I see her do is write on the computer. After all, a writer does have to write. [TRUE DAT.] This is not the only thing she could be doing, though, when she’s on the computer. She takes breaks throughout the day and looks at jewelry, watches videos on thrifting [THERE IT IS], or emails/texts a friend.

Now I’ve given you a full insight on what I see Cathy Alter, writer for over 20 years, do. [GREAT KICKER, KID.]

Cathy Alter is a member of the Independent’s board of directors and the author, most recently, of CRUSH: Writers Reflect on Love, Longing, and the Power of Their First Celebrity Crush. Leo Feldman will start fifth grade this fall and likes to work on electronics in his apartment in Washington, DC. [JUST TO BE CLEAR: LEO DOES NOT HAVE HIS OWN APARTMENT.]

A Year of Better Failing