When Your Favorite Author Goes on Hiatus (Pt. II) 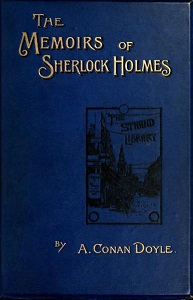 My last column explored the horror felt by a reader when a favorite author goes on hiatus in the middle of a series. Being an avid reader, I’ve certainly experienced this, and I hate it as much as anyone.

Buuut…being an author, I also have insight into what factors may make taking a break from writing necessary. It can be a shift in the evil day job. Or a move. Most often, it seems to be because of family situations or some sort of health crisis. Anything that throws the writer’s life off kilter.

I know a number of authors who’ve suffered from debilitating depression, or were diagnosed with cancer, or who lost a close relative. And as much as we might wish they would just sit down and write, the truth is that writing takes a lot of mental and emotional energy. Even those of us who keep writing when the muse is fickle need to be in the right headspace to do it.

But it isn’t always easy.

I have days where I almost hate writing. That’s inevitable. More often, though, I can’t imagine living without it. I don’t write because I like to. I write because I need to. But writing doesn’t just happen.

It probably seems simple. Mental energy, emotional energy, and focus. How hard can that be? For better or worse, there are days when even the most professional don’t have it in us. I’ve never managed to write when in the middle of a bout of stomach flu; I can’t imagine trying to do it after chemo. Or after the loss of a parent or spouse or child. Sometimes the brain and the heart retreat, and there’s not much the writer can do about it.

That sucks for the reader, but it REALLY sucks for the writer. Because, for a lot of us, writing isn’t simply a business. It’s also our happy place. It’s where we go to let our creative sides run wild.

There are also other reasons an author will quit a series. Boredom, for one. Writing isn’t all passion. A large measure of skill and stick-to-it-iveness is required, but passion for a story sure helps.

Sometimes an author becomes known for a particular kind of book and wants to experiment with others, but their readers keep demanding more. Arthur Conan Doyle comes to mind. He grew so tired of writing Sherlock Holmes stories that he tried his best to kill off the poor detective. Fans were outraged.

And authors aren’t the only ones who have a say in whether a series continues. Many times, a publisher will contract for a couple books in a series. Once they’re written, the publisher has to make the difficult determination of whether to continue the series. If it doesn’t have a large enough fan base — or make enough money — chances are it’s going to get pulled. Publishing’s a business. When a publisher decides to end a series, there’s not a lot an author can do about it.

So, although it sucks to have to wait for a favorite author to put out the next book in a series, there’s a whole host of reasons why it may not be happening. Even so, I can’t say that knowing what it’s like makes me any less impatient.

I want the next book in a favorite series in my hot little hands as much as any other fan. I just have a better understanding of why I might not get it.

A word, a trademark, and a “trivial” genre

The famous fables, sibling rivalry, and why my brother is always wrong.