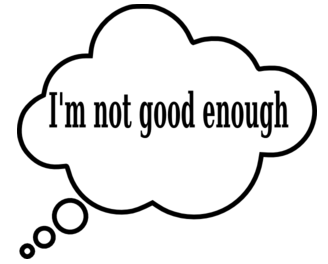 Hello, and greetings from the voice inside my head. We all have them, these voices. A while back, a friend and I toyed with the idea of writing a series of books called The Voices in Your Head. We'd have a lawyer’s edition ("What, you couldn't have become a doctor?"), a new parent’s edition ("Am I causing years of future therapy?"), and a YA edition ("What if no one memes my TikTok?").

The voice in my head, the writer's edition, sounds a lot like Dame Judi Dench: British and weary. “Must you?” it says. “That idea is positively barmy,” it sneers.

Dame Judi has been giving command performances these days. Especially these days, when time feels meaningless, Thursday feels like Monday (are weekends a thing anymore?), and the idea of stringing sentences together into something important and coherent and worthwhile — let alone beautiful — feels like a joke.

"Are you quite sure," Judi has been asking lately, "that you have another book in you?"

The truth is, I never thought I had even one book in me. When I graduated from Johns Hopkins with an M.A. in writing, my biggest goal was to write a piece for the New Yorker's “Talk of the Town” and then die. But when a friend and fellow graduate offered to introduce me to her literary agent, I allowed that introduction to be made.

“What if,” Inner Judi said, “no one ever offers something like that again?”

I scrambled to take an idea I’d been mulling over for a while — a book where women would tell stories about the first time they got their period — and make it sound promising. It would be relatable, hilarious, and sometimes heartbreaking.

"The menses make men nervous," said this agent, who, incidentally, was a man. So, I expanded the idea to include all kinds of coming-of-age firsts and, in a little over a year, published my first book, Virgin Territory: Stories from the Road to Womanhood.

The book did well enough to earn me another one, this time a memoir, Up for Renewal, about the year I followed the advice found in a bunch of women's magazines in an effort to change my life. Instead of landing me in the New Yorker, that book landed me on “The Today Show,” sharing a couch with Kathie Lee Gifford and Hoda Kotb.

A few years later, to bridge the troubled waters between a best friend who was hurt by the way I portrayed him in the memoir, we made up in the best way possible: by collaborating on an anthology, Crush, where we asked writers to reflect on their first celebrity crushes.

Never mind love in the time of corona; I worry now about publishing in a time of uncertainty. Although people seem to be reading more (which is great!), an agent recently told me that they're reading classics like The Catcher in the Rye or Moby-Dick, books they were supposed to read back in high school, when CliffsNotes were widely traded among students.

I definitely don't have the next Great American Novel in me, one that future shut-ins will turn to should they need to pass the time. I'm not sure I even have a pamphlet in me.

Yet I'm reminded of something Dame Judi actually said, a bon mot she provided during an interview: "The only real failure is the failure to try."

That's a voice worth listening to.