When books are destroyed, so is humanity. 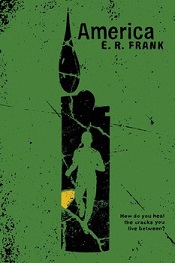 A journalist contacted me recently to ask how I feel about two of my titles landing on a proposed banned-books list in Spotsylvania County, Virginia. Honestly, I’m taken aback. My novels have been banned over the years, but not in quite a while. They aren’t trendy and don’t sell particularly well. I’m surprised anybody is interested enough to seek them out, though I’m happy to be in the company of esteemed authors such as Toni Morrison and Patricia McCormick.

“There are eight books on the hit list,” the journalist told me. “The school board head said that after they are banned, he would like to see them burned.”

That individual later apologized, but the damage was done. Among the eight challenged books are Beloved, Sold, and All Boys Aren’t Blue. These titles, like mine, are filled with humanity, redemption, resilience, and humor. They also involve violence, sexual abuse, addiction, and other uncomfortable subject matter. And they contain characters who are Black and brown and LGBTQ+. Such characters and content seem to provoke confusion and fear in those who would like to get rid of them.

In fact, the recent rise in bannings coincides with the rise of “controversial” books like those on Spotsylvania’s list. This dangerous censorship is further fueled by yet another recent rise: this time, in politicians trying to influence minds and gain footing via school boards and parent communities.

Both the left and the right have been accused of fomenting outrage as a way to influence voting. If you have a plan to install your tribe into power, it seems starting at the school-board level is how to do it. What better way to stoke the fire and gather votes than to convince parents that their children are in some particular danger from which you alone can save them?

The specific danger spotted in my books America and Dime is, apparently, pornography. At Spotsylvania County meetings, a parent has been reading sexually explicit excerpts from these titles out of context. Her intent is to suggest these passages will damage the hearts and minds of teens. And yes, taken out of context, they may indeed come across as pornographic, and disturbingly so.

But context is everything. In America, the context is that of a child being sexually abused by a once-beloved guardian. Any reader arriving at the explicit scenes will understand the profound wrong being illustrated. As they continue to read, they will further recognize all the ways in which the child survivor is nearly destroyed and then healed by, among other things, compassionate and attuned adults.

I wrote America and Dime, in part, out of a desire to shed light on the pervasive scourge of child sexual abuse. In addition to being an author, I’m also a licensed clinical social worker and a psychotherapist with a specialty in trauma. I’ve seen firsthand how young and old survivors of sexual abuse respond to stories that portray both consensual, healthy sex and sexual abuse. Survivors often find in these pages crucial recognition, solace, and healing.

As has been pointed out by countless others before me, novels serve as both windows and mirrors. Windows provide us a look into someone else’s life, enrich us with curiosity and with an opportunity to feel empathy. Mirrors reflect our experience back to us; they help us to feel seen and understood, that we matter and are not alone.

If you read any challenged titles and feel your child isn’t ready for them, you have every right to forbid her those books. But if you ban books, you’re forbidding other people’s children from reading them, too.

There is no evidence that reading books damages young hearts and minds. There is, however, a large body of data showing social media does do that. Study after study confirms that, since the advent of social media, depression, anxiety, addiction, and suicide rates in teens and tweens have skyrocketed. We know images are more emotionally powerful to a developing brain than are words on a page. We know young readers will likely skip the parts of a novel they don’t understand or find too disturbing.

We also know it’s harder to disengage from distressing pictures and videos and even more difficult to escape the carefully curated barrage of online images that simply do not exist in print. And so, I would ask the Spotsylvania parent who grossly misrepresents my words as pornography: Are the children you’re concerned about active on social media? If so, you’re fishing in the wrong pond.

The journalist who contacted me ended his interview by asking, “How do you feel about books being burned?” My response is a story, of course, but this one, unlike my novels, is true. In 2006, America was a finalist for the German Youth Literature award. I was flown to Berlin for a week of author visits, literary events, and eventually the awards ceremony (I didn’t win).

My German translator, Heike, whom I’d never met, greeted me at the airport. She took me to lunch straight from baggage claim. Before our food was served, she asked if I was Jewish.

"Yeah,” I said. “And to be honest, it’s a little disconcerting to be here. I never thought I would step foot in Germany.”

Heike rested her elbows on the shaky table and leaned her head into her palms, meeting my eyes with her own sky blues. “I think you should know,” she said, “that my father was a Nazi.”

“Okay,” I said, holding her gaze. “Why are you telling me this?”

She sat up straight. “I wanted to be up front, as I think is the phrase.” She shook her head and shrugged. “I wouldn’t feel right otherwise.”

We then spoke nonstop about the Holocaust and all sorts of other things. From that moment on, a friendship cemented.

Over the course of the week, Heike showed me Berlin. The first place she took me to was the Empty Library Memorial in a public square. It is an underground room filled with empty bookshelves, inaccessible and covered with a Plexiglas roof so that pedestrians can walk on top of it and look down into it. It memorializes an event on May 10, 1933, during which the Nazis burned 20,000 works deemed subversive, decadent, or “contrary to German honor.”

On a nearby plaque is a quote written only in German. Heike, my new friend, the daughter of a Nazi, and a woman who devotes her life to translating books so that windows and mirrors can be universally experienced, translated it for me: Where they burn books, so too in the end will they burn human beings.

How do I feel about book burning? Angry, bewildered, and afraid. When China’s Qin Dynasty burned books deemed out of favor, scholars were killed for continuing to own them. During the Spanish Inquisition, books were burned along with their “heretic” readers. Henry VIII ordered vast numbers of libraries burned, resulting in the crushing of Cornish scholarship and culture.

The national libraries of Bosnia and Herzegovina were destroyed during the war in the early 1990s; one person was killed trying to save pages. And in 2013, insurgents in Mali annihilated thousands of irreplaceable manuscripts, most of them burned, all of them containing the medieval history of Sub-Saharan Africa, a history that can now never be retrieved.

Book burning begins with book banning. And where books are banned and burned, humanity, redemption, resilience, and humor die, too.

E.R. Frank is the author of five novels. In addition to being a writer, she is a psychotherapist with a specialty in trauma.