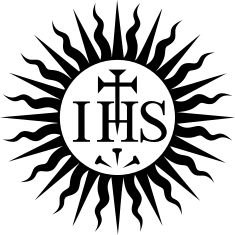 I’m not certain I taught Tim Kaine when he was in high school, but there’s a good chance I did. The former Virginia governor and 2016 Democratic vice presidential candidate, who is running this year for re-election to the U.S. Senate with an overwhelming lead in the polls, attended Rockhurst High School in Kansas City for four years, graduating in 1976.

So he was a sophomore in 1972-73 when I taught English to sophomores and juniors for just one semester. I taught two classes, and there were three sections, so it’s not certain I had him in class (believe it or not, attendance records from 1972 are one of the few things not readily available online).

When I look at Kaine’s photo in the yearbook (that is available online), he looks like any one of the young men in my class. And my vague memory of seeing his name on an essay assignment is probably a figment of my imagination.

Rockhurst is a Jesuit school, and during the 2016 national campaign, Kaine often spoke generously of his years there, where he was a cheerleader, student council president, and a member of the debate team, and took part in a mission to Central America. He often said it was his experience at Rockhurst, “because of these great teachers I had,” that set him on a career of public service.

He hasn’t, to my knowledge, ever singled out his sophomore English teacher in this context. But I know the group of teachers, both Jesuit and lay, that I worked with deserve this praise.

At the time, I was a seminarian in the Society of Jesus, the Jesuit order. The lengthy training for the priesthood included three years of teaching in one of the Jesuit high schools after completion of undergraduate studies in philosophy and before the theological studies required of a priest.

This was grandly known as the “regency,” and the seminarian teachers were called “scholastics,” addressed as mister instead of father. I spent only one semester at Rockhurst because I had decided my vocation lay elsewhere and they were not keen to keep on a teacher who had left the order.

Kaine’s public service has not left him much time to write books, though he is listed as the co-author, with Hillary Clinton, of the campaign book Stronger Together: A Blueprint for America’s Future. It’s a fair bet neither of the politicians actually wrote the book.

Another Jesuit alumnus who has enjoyed political success, French President Emmanuel Macron, following that country’s intellectual tradition, probably did write the two books bearing his name, Revolution (available in English) and Macron par Macron. The future president, who was elected last year at the tender age of 39, attended the Jesuit high school in Amiens, La Providence. He was famously preoccupied there with his French teacher, Brigitte Trogneux, whom he later married.

Be that as it may, his Jesuit education certainly prepared him for his public service, first as finance minister and now as president. After serving in the cabinet of a Socialist government, he abandoned France’s mainstream parties as outmoded and formed his own party in his successful run for president. The party, which subsequently won a majority in parliament, borrows ideas from both the left and the right.

Throughout the more than four centuries of their history, Jesuits have been famous for their focus on education and their desire to influence those in authority. This has led to a certain ambivalence about them embodied in the dictionary definition of “Jesuitical” as “dissembling or equivocating in the manner associated with Jesuits.”

More than a hundred Georgetown Prep classmates and alumni signed a letter after Kavanaugh’s nomination urging his confirmation and citing his intellectual and leadership qualities. An article this week in the Wall Street Journal reported that he was captain of his high school basketball team not because of talent, but because of his work ethic. Kavanaugh has not published any books, but he is said to have been the lead author of The Starr Report.

Kaine and Kavanaugh trace the political trajectory of Catholics over the past few decades as they migrated from “born Democrats” to suburban Republicans, spurred by the divisive issue of abortion, which is condemned by the church.

What a Jesuit education may have given both of them is the ability to dispassionately analyze such emotional issues and listen with an open mind to those holding opposite opinions. They and their fellow Jesuit alumni can hopefully work to bridge the huge and harmful partisan gap that has opened up in this country.

The Unbearable Serendipity of Being