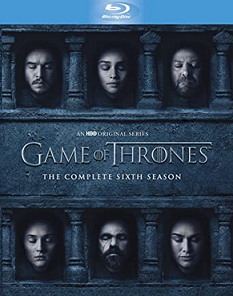 Content is king as film entertainment rapidly evolves, spurred on by advances in technology and the covid-19 pandemic. The explosive growth of streaming is creating a new golden age in what is quaintly still known as television, and that is adding to a boom for authors.

Novels have always made fodder for movies, and now they also satisfy the voracious appetite for content in TV series, first for cable and, most recently, for streaming.

Of course, gifted writers are still creating new series from scratch. “Mare of Easttown” and “The Crown” are two prominent examples of series not based on books but with sufficient drama — and budgets — to attract top cinema talent.

Still, producers are scouring literature for compelling stories and characters to fill the ever-expanding demand for content.

Margaret Atwood’s fertile imagination has spawned two series, “The Handmaid’s Tale” and “Alias Grace,” situated respectively in a dystopian future and a grim past. “Handmaid” is headed for a fifth season, and the writers have added numerous details to keep the plot going. Hulu also intends to produce a series based on Atwood’s sequel, The Testaments.

“Miniseries” in the traditional sense have now become “limited series” — that is, just one season of several episodes. “The Underground Railroad,” based on the novel of the same name by Colson Whitehead, appeared in 10 episodes on Amazon Prime Video. The seven-episode “The Queen’s Gambit,” based on Walter Tevis’ novel about a fictional chess prodigy, became a sleeper hit for Netflix.

Book series obviously lend themselves to TV-series treatment. George R.R. Martin’s multi-volume fantasy epic, A Song of Ice and Fire, was stretched over 73 episodes across eight seasons as “Game of Thrones,” a title borrowed from its first book.

Less prominent is “Longmire,” a contemporary Western series set in Wyoming and based on the mystery series by Craig Johnson. The program ran three seasons on A&E before Netflix picked it up for another three. Robert Taylor, a prolific Australian actor who became known to American viewers as the series’ titular character, is typical of actors who get the role of a lifetime when cast in a hit series.

Titus Welliver, a well-traveled actor in film and television, also gained new fame as the lead in the long-running series “Bosch,” based on the Harry Bosch police procedurals by Michael Connelly.

Authors can also get a second life from the continuing demand for content. James Grady first published Six Days of the Condor in 1974; it became “Three Days of the Condor” in the 1975 film starring Robert Redford and Faye Dunaway. The short-lived AT&T Audience network put out an updated 20-episode version — simply called “Condor” — in 2018. Epix has since picked it up and is airing it in two seasons this year.

J.K. Rowling made a bundle with her Harry Potter books and movies, and now her Cormoran Strike series, penned under the pseudonym Robert Galbraith, is running on HBO as “C.B. Strike.” Eleven episodes in four seasons adapt the first four Strike novels. The presumption is that there will be a fifth season based on the newest novel released last year.

Tom Burke, who plays the lead in the series, has a chance to stand out in a way he didn’t as Athos in the ensemble cast for “The Musketeers,” a fanciful version of the Alexandre Dumas classic that eliminates the confusing count of three musketeers when there are really four and more.

Reimagining classics is another subgenre in the streaming universe, taken to an extreme in the French-British series “War of the Worlds.” This 16-episode version has more in common with “The Walking Dead” than with the H.G. Wells book or the 2005 movie starring Tom Cruise. The series, starring Gabriel Byrne, has completed two seasons, with a third set for next year.

Speaking of reimagining, the Apple TV+ series “Mosquito Coast,” based on the 1981 novel by Paul Theroux, adds some invented twists to the saga of erratic inventor Allie Fox’s flight from the U.S. with his family to Latin America. Justin Theroux, the nephew of the novelist, plays the lead in this series, which has been renewed for a second season.

The list goes on. Swapping tips on streaming series has been a staple of Zoom calls and intermittent in-person meetings during the pandemic. Television is no longer the poor stepchild of a movie industry given over to CGI extravaganzas based on comic books. Upgraded production values and talented scriptwriters and actors have transformed the medium.

The progression to serial storytelling from the once-standard practice of standalone weekly plots often makes these series as satisfying as novels, with more complex development of plot and character than is permitted in a two-hour movie. Fortunately, there seems to be an endless supply of source material in a booming book industry.

Proof that persistence can see you through