The Wages of Combat: No Exit

“The Wages of Combat: No Exit” is Tom Glenn’s survey of books by and about veterans. Americans write about the combat that changed them forever. 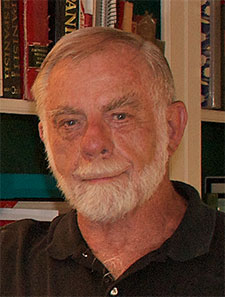 Pride, shame, guilt, and love, the feelings that combat indelibly etches on the soul, dominate books by and about veterans. The soul damage of war from Vietnam, Iraq, and Afghanistan is the same, eerie in their redundancy. No man returns from combat unscathed; we are changed forever; and we suffer from the same inescapable memories amid flashes of triumph.

The five books pondered here — one from the war in Vietnam, three from Iraq, one from Afghanistan — differ less in content than in detail. All five narrate the struggle to maintain an ambivalent foreign government tainted with corruption. All describe, in varying depth, the grisliness of combat and the disfigurement it inflicts. And all caused this reader, himself a veteran, to question the wisdom and justification for U.S. intervention. Three are non-fiction reports of what happened; two are novels written with the freedom fiction offers to reorder events and crawl inside the heads of the men in combat.

Matt Zeller’s Watches without Time (Just World Books, 2012) reports on a war still in progress, Afghanistan. Drawn from letters and emails Zeller sent before and during combat, he chronicles events as they happen. He operates as an operations mentor to the Afghan National Police in Ghazni Province, “down south, where the war is.” Most of the gradually darkening text is taken up with the daily struggles with corruption and combat; only the last six pages of the narrative, not based on letters or email, deal with Zeller’s struggle to become normal back in the states. For two years, he tells us, there was not a single day he didn’t think or talk about Afghanistan. His bizarre and dangerous behavior during flashbacks led his fiancée to plead with him to seek help. He sums up the nature of the struggle in a quote from a Taliban prisoner: “[Y]ou Americans have all the watches, but we have all the time.” In preparing us for his story, Zeller says, “I hope after reading this you’ll have a better understanding of what it means to send our countrymen off to fight.”

One of the two novels surveyed here, Kevin Powers’ The Yellow Birds (Little, Brown and Company, 2012), is far and away the most poetic prose I’ve come across by a veteran. Two soldiers, John Bartle and Daniel Murphy, fight side by side in Iraq as Murph gradually comes unhinged. Bartle resents having promised Murph’s mother that he’d look after his combat buddy. When Murph wanders off naked, Bartle and his unit go searching. What they find scars Bartle permanently. Sometimes incoherent, reflective of a mind going offtrack, the writing leaves parts of the story for the reader to figure out. It becomes a study in the psychology of an unformed and confused young man in the face of the unbearable, ghastly in its poetic trappings.

Brian Castner’s The Long Walk (Doubleday, 2012), a memoir by an Air Force bomb disposal team member, begins by telling us that the author is Crazy and drives home the point by always capitalizing Crazy. The book jumps back and forth between Castner’s daily life after returning from Iraq and his gory memories, which take on a life of their own, more real when they take over his mind than the normal life he is striving to live. Even though nonfiction, the book has been adapted as an opera to be performed by the American Lyric Theater in 2014.

The only author not writing as a veteran among those surveyed here is David Finkel, staff writer for The Washington Post awarded the Pulitzer Prize and a MacArthur Fellowship. He was embedded with soldiers of the U.S. Army’s 2nd Battalion, 16th Infantry Regiment during the surge in Iraq. The resulting book, The Good Soldiers (Sarah Crichton Books, 2009), begins each chapter with a quote from President George W. Bush, contrasting the upbeat official pronouncements on the war with the lives of 800 soldiers fighting in east Baghdad. Remarkably, Finkel himself, the “I” of the author, disappears, and the text is devoid of judgments — Finkel pulls no punches but leaves us to draw our own conclusions. In the aftermath of combat, soldiers are often unable to talk about their experience. Here Finkel does it for them. In cool dispassionate prose, he shows us that war is never over for combatants. In a sequel to the book, Thank You for Your Service (Sarah Crichton Books, 2013: an interview with David Finkel is here), Finkel follows the soldiers back to the states and shows us the psychic damage of combat.

The oldest and longest book is James Webb’s searing novel Fields of Fire (Prentice Hall, 1978). It opens with a quote from an unnamed general about the men who fought in Vietnam: “They are not McNamara’s sons, or Bundy’s .... They know they’re at the end of the pipeline. That no one cares. They know.” These men don’t fight for a cause; they fight for each other. All part of the Marine unit in the An Hoa basin, they sacrifice everything, even their integrity and eventually their lives, in a futile and unpopular war. The narrative focuses on three men, Goodrich, Hodges, and Snake, as different from one another as they are from their enemy. Webb, himself a former Marine who fought in Vietnam, laces the narrative with authentic Marine slang — “There it is, man,” “Most ricky tick,” and “Roger that.” Only this book chronicles the atrocities that men commit when maddened by combat. The climax of the story comes when the Vietnamese Communists use a child to lead the Marines into a lethal ambush — the cruelty of Vietnam embodied. The book ends when one of the few survivors, after losing a leg and long hospitalization and rehabilitation, returns to college to resume his education only to be shouted down at an anti-war rally.

The two books most alike among the five are Good Soldiers and Fields of Fire. Both are unflinching in their depiction of the gruesomeness of war. Both show the unbreakable bond that forms among men who fight side by side. And both demonstrate that courage in the face of death is, among the most heroic, only doing what has to be done no matter what.

The common thread among all five is the unspeakable horror of war and its cost to combatants. Reading them brought home to me once again the gulf between American civilians and our fighting men — most civilians don’t even realize we are at war. The stories told here make me plead once again that we Americans consider carefully before committing our young men and women to the carnage of combat.

Tom Glenn, a speaker of Vietnamese, Chinese, and French, spent many years as a civilian intelligence operative working under cover with Marines and Army units in Vietnam and was evacuated under fire during the fall of Saigon. A recipient of the Civilian Meritorious Medal, his published works include a novel-in-stories called Friendly Casualties, and a three-part article describing the fall of Saigon published by the Baltimore Post-Examiner in the summer of 2013. His newest novel, No-Accounts, will be published next Spring.

15 Popular Books from 30 Years Ago

You want to find a book to read, but who has 30 seconds to peruse those back-of-the-cover blurbs? Not you! You need a synopsis now, this minute, preferably yesterday. Well, here you are: four-word descriptions of a few great titles. Go!