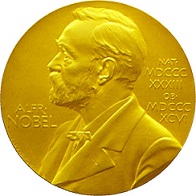 Though I don’t always agree with the Nobel Prize in Literature’s choices (cough, Bob Dylan, cough), it’s their award to bestow, and I thank them for celebrating literature and doing their part to keep it relevant.

This year, I congratulate them on their inspired selection of Kazuo Ishiguro, “who,” according to the committee, “in novels of great emotional force, has uncovered the abyss beneath our illusory sense of connection with the world.”

Ishiguro, who favors the first-person viewpoint, is master of the unreliable narrator. Not showboats like notorious con artists Humbert Humbert or Holden Caulfield, who willfully bend facts to their advantage, but law-abiding, everyday people who remain loyal to an ideal even after they realize that the ideal is corrupt. They are unreliable not because they are lying to the reader, but because they are lying to themselves.

The protagonist of my favorite Ishiguro novel, An Artist of the Floating World, is perhaps the author’s most traditional unreliable narrator, deliberately diverting the reader’s attention away from his past as a propagandist for the Imperialist regime in Japan.

When forced to acknowledge his sins, he excuses his actions as those of a patriot who was only acting in the best interests of his country. Refusing to admit to any wrongdoing, he lives in smug complacency, even when the realities of post-war Japan intrude upon his carefully constructed cocoon of rectitude.

Mr. Stevens of The Remains of the Day has dedicated his life to being the perfect butler, hyper-vigilant in upholding the customs and conventions of the British class system, eternally loyal to a now-deceased master who disgraced himself by siding with the Nazis, so subservient to his identity as a servant that he passes by his last chance for love.

In Never Let Me Go, Kathy H. calmly relates how she and her boarding-school classmates acquiesce to their fates as clones whose only purpose is to donate their organs until they “complete.”

A masterful portrait in self-deception, Etsuko of A Pale View of Hills relates the shocking story of an unfit mother and her troubled daughter, revealing unsettling parallels to her own tragic relationship with a daughter who committed suicide.

These narrators find comfort and purpose in being a dutiful cog, ignoring the pernicious intent of the machine they serve. It’s only when their world changes — their side loses the war, a daughter kills herself, a new employer craves banter — that they are forced to consider past mistakes. They blink and look away.

In an interview with the Paris Review, Ishiguro mentions an early unpublished work about two severely cross-eyed people who are in love but never broach the topic of their ophthalmological condition with each other. It is the preoccupying theme of many of his novels: characters who deceive themselves about their own complicity in a corrupt or rotten society, who honor respectability over moral bravery, who acquiesce to hypocrisy and engage in strategic amnesia.

In other words, Ishiguro’s narrators are most people. We all live according to some guiding set of beliefs, whether they are religious, political, or social, which dictate our behavior. Usually, those beliefs are the prevailing ones of our community, and our participation in the associated rituals confirm and reward our complicity.

In order to navigate the uncomfortable contradictions and hypocrisies that inevitably form around dogma, we practice self-deception, perpetuate myths, ignore glaring contradictions. We lie to ourselves. It’s the path of least resistance and allows us to continue on with our comfortable lives unperturbed.

In his most recent novel, The Buried Giant, Ishiguro enlarges upon the theme of the unreliable narrator by examining how a society collectively remembers and forgets. In an Author Q&A with the Independent, he said, “Having written one book about both memory and forgetting feels like a first step and has raised all kinds of thoughts and emotions, new and more areas to explore. I’m excited at having embarked on the first step in this terrain. It’s important.”

While Ishiguro’s characters may be unreliable, he writes books that are reliably relevant. When he says something is important, we should listen. By uncovering the abyss between the individual and the world, his writing helps dispel illusions, keeping us firmly grounded in the world as it is, not as we wish it to be.

To Blurb or Not to Blurb

…and other ethical dilemmas of the striving author.