Some thoughts on the battle between Amazon and Hachette 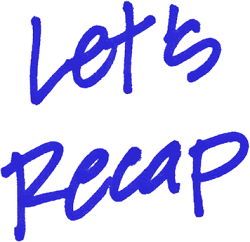 With the recent settlement of the months-long dispute between Amazon and Hachette Publishing over the pricing of e-books, it’s a good moment to take inventory of the impact the bitter struggle has had on the world of publishing.

The initial assessments are that Hachette won the protracted standoff by regaining substantial power to control e-book pricing. The dispute arose through a classic confrontation between supplier and retailer: The publisher thought Amazon was setting prices to consumers too low and demanding too high a share of those prices for itself.

The dispute became hot news when Amazon sought to reinforce its negotiating position by slow-rolling the sales of Hachette titles through its website. Amazon would report that Hachette books were out of stock when they weren’t. Or it would project long delays in delivery of Hachette books even though Amazon’s relentless corporate drive has been toward faster and faster delivery. This mattered because Amazon sells roughly 30 percent of all print books (its share of the e-book market is about double that).

Many authors howled in outrage, objecting that Amazon was holding Hachette authors hostage, suppressing their sales. They pointed out that Amazon used similar tactics during a dispute with Macmillan Publishing in 2010, stripping the buy-the-book button off all Macmillan titles for a short period of time.

Other authors — mostly those who publish their own work — insisted that Amazon is the future of publishing and scoffed that those authors rallying support for Hachette were backing the publishing equivalent of the buggy-whip industry.

The dispute spilled into the space of the Independent. We expressed concern over Amazon’s tactics and dropped its buy-the-book button from our site. Amazon is a brilliant business that often serves consumers well and has nurtured the e-book industry, yet it is prone to bullying tactics that have no place in the world of books. Two of our terrific contributors, Larry De Maria and Darrell Delamaide, thought our position was sadly misguided.

Herewith, my takeaways for the whole mishigas:

The Demise of the Book Will Take a Little Longer: Hachette and Amazon fought so hard, in public and in private, because there’s money to be made in the book industry. The Cassandra-like predictions of the death of the book have been wrong. That is not to deny, of course, the development of ever more sophisticated ways to tell stories through digital wizardry.

Two weeks ago, a software developer in Hyderabad, India, energetically told me about his new “augmented reality” app, which will instantaneously translate a written story into moving images, using a sort of animated “clip art” (or so I think he was saying). When I explained that I am a writer with great loyalty to the written word, he graciously insisted that his product would never supplant books.

His remarks may have been simple courtesy to a guest in his country, but I think his statements were correct. When words echo through your mind to create a story, magic happens. That magic is as old as human time, beginning when ancient peoples sat around the campfire spinning yarns of hunts and battles with natural forces and human ones. Words can explore complexities and feelings in ways that images can’t, and words can stick in the mind in ways that images can’t. The converse is true, as well. Images can convey certain messages more powerfully than words. The choice is not either/or.

Hysteria Doesn’t Help…Or Does It? In the rush to support Hachette against Amazon, many authors adopted measured statements. For example, a petition signed by more than 1,100 authors, many of them household names, asserted that they did not oppose Amazon’s right to dispute prices with its suppliers. They did, however, object to Amazon’s slow-rolling tactics as “undermining the ability of authors to support their families.”

Others, however, flew to the barricades while crying incendiary language. Ursula Le Guin denounced Amazon’s tactics as censorship, accusing the company of attempting “to dictate to publishers what they can publish, to authors what they can write, to readers what they can buy. This is more than unjustifiable, it is intolerable.” New York literary agent Andrew Wylie darkly predicted that if Amazon succeeded, “We are facing the end of literary culture in America.” Wow.

Such overheated rhetoric seems a bit thick, even for Amazon skeptics like myself. Yet many business analysts concluded that the authors’ campaign against Amazon probably suppressed the company’s online sales over the summer. Would that impact have been felt without such violent cris de couers? I don’t know. Maybe not.

The Government Shouldn’t Side with Goliath: Amazon was emboldened to move against Hachette largely because, in 2010, it successfully goaded the Antitrust Division of the U.S. Department of Justice into launching an antitrust prosecution of an apparent agreement among major publishers to shift e-book sales to Apple’s iTunes store. The move came when Apple offered the publishers the control over e-book pricing that Amazon was denying them.

The publishers’ conduct in that episode calls to mind a term used in the criminal defense world I used to inhabit: “felony stupid.” After decades of vanishing antitrust enforcement, only one hard-and-fast rule remains: You cannot agree with competitors on price or terms of service.

The publishers broke that rule even though they didn’t have to. If they had simply entered into Apple’s contracts without talking to each other ahead of time, relying on the better terms offered by Apple to persuade their competitors to do the same, there would have been no antitrust problem. That’s how real businesses operate in the modern American economy.

Admittedly, the case offered easy scalps for antitrust prosecutors who have become the Maytag repairmen of federal law enforcement, lagging badly in the race for splashy headlines and status. But the case also violated a basic ethical rule: Don’t side with Goliath.

Not all illegal conduct is worth prosecuting. The government has a whole world of targets more worthy than the book publishers: corporate lawbreakers who take advantage of the poor, who cheat and swindle you and me, who destabilize our financial markets with wacked-out derivative products. Amazon doesn’t need to be protected from bumbling publishers. Pursuing the case was an unfortunate misallocation of scarce prosecutorial resources.

Peace in the Valley? An unhappy sidebar to this episode has been the sniping between authors who sided with Amazon and those authors who supported Hachette. The Amazon backers suggested that if Amazon mistreated authors who were allied with “legacy” publishers, it was the fault of those dopey authors for aligning themselves with such economic dinosaurs. The message from the anti-Amazon crowd sometimes carried the implication that Amazon backers were whining because they didn’t have deals with established publishing houses.

I hope the settlement will restore solidarity among authors who use different forms of publishing. Amazon should treat the work of all authors fairly and with respect. Self-published authors should welcome constraints on the company’s market power; they are equally at the mercy of Amazon’s shifting market strategies, if not more so.

Conversely, there’s certainly a lot not to like about how “legacy” publishers treat their own authors, starting with unfairly low royalties on e-books. The ecosystem can support both forms of publishing, and authors should back other authors.

David O. Stewart is president of the Washington Independent Review of Books. His character study of James Madison, Madison’s Gift: Five Partnerships That Built America, will be released in February.

Managing Editor Josh Trapani walks through the changes and features of the new website in this screencast.