As we emerge from our pandemic year, spiritual stories resonate anew. 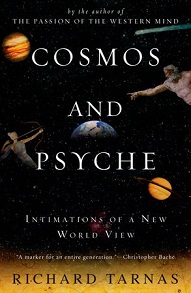 What we have endured during the last year has changed us. Our sense of connection and connectivity has been reshaped. We cannot reenter our communities as the same people we were before covid-19 and won’t return to the same world. The pandemic might also have changed the books we reach for. But what if we are connected to each other in ways we haven’t considered?

Serendipity sometimes suggests this to me, as it did recently when Yahia Lababidi (whom I don’t know personally) sent me his book Revolutions of the Heart. It’s a collection of essays, interviews, and poetry which, in general, might have benefited from more focus and editorial support. But none of that mattered, because at its heart and soul, I found a kindred spirit.

Lababidi is an Egyptian poet and spiritual seeker who doesn’t see himself as particularly religious. But he’s interested in the artist as mystic and heavily influenced by Sufi literature.

“For some, poetry is how we pray, now,” he reflects. “In these skeptical times, there still exists an Absolute Literature, in the coinage of Italian writer Roberto Calasso, where we might discern the divine voice.”

He has also experimented with periods of silence. Out of these silences came his aphorisms, collected in another book, Where Epics Fail. Here are several gems:

“Fear of ridicule keeps us mediocre.”

“Best not flirt with disaster, lest it decide to commit.”

“A poem arrives like a hand in the dark.”

He writes, “What you are seeking is also seeking you Rumi says. Certain cherished books, like old loves, find and transform us at decisive stages of our lives.”

My search for meaningful connection and hope during the dark days of the pandemic led me to a webinar series, One Mind: United in Hope and Healing. It’s conducted by former neurosurgeon Eben Alexander and Karen Newell, cofounder of Sacred Acoustics. In the series, they interview spiritual seekers from around the world. Their own book, Living in a Mindful Universe, examines the nature of consciousness.

“I’m a surgeon, a skeptic, and a rationalist,” Alexander writes. “I’m the last person to tell you to reject science. But, ideally, the scientific method involves questioning everything, so I will encourage you to examine some of the myths and beliefs that mainstream scientists cling to as articles of faith without proper foundation.”

While in a coma suffering from meningitis, and with a 2-percent chance of survival, he experienced the medically inexplicable: various states and stages of consciousness and a profound sense of connection to the universe. He later recalled this in detail in another book, Proof of Heaven. Everything he believed was thrown into question. After a full recovery, his extensive research convinced him that the brain is not the seat of consciousness at all. Rather, it acts as a filter for consciousness.

Another book, Cosmos and Psyche, goes still deeper. Its author, Richard Tarnas, is a highly respected cultural historian and philosopher. The book is written in an academic style with copious endnotes, but its message is revolutionary.

In charting planetary positions at important moments in history, as well as in the birth charts of dozens of pivotal historical figures, he found that Uranus and Pluto’s conjunctions and oppositions have always indicated social and political revolutions.

He also examined Pluto and Saturn’s planetary alignments, which he found to indicate periods of unrest. For example, the First and Second World Wars and the events of September 11th all coincided with “virtually exact hard-aspect alignments of Saturn and Pluto.” Tarnas writes:

“The evidence suggests that the cosmos is intrinsically meaningful to and coherent with human consciousness; that the Earth is a significant focal point of this meaning, a moving center of cosmic meaning in an evolving universe, as is each individual human being; that time is not only quantitative but qualitative in character and that different periods of time are informed by tangibly different archetypal dynamics, and, finally, that the cosmos as a living whole appears to be informed by some kind of pervasive creative intelligence — an intelligence, judging by the data, of scarcely conceivable power, complexity, and aesthetic subtlety, yet one with which human intelligence is intimately connected, and in which it can consciously participate.”

As we emerge from our reduced lives, we are emerging, like the cicadas, into a new and different world. We’ve been changed, and books like these give me hope that we’ve changed for the better. Perhaps we will begin to connect in deeper ways than we did before.