The Psychology of Thriller-Writing

It's not paranoia if everyone's out to get you. 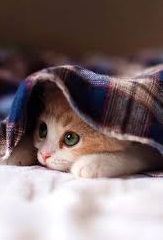 “Even paranoids have enemies” is a quote usually ascribed to Henry Kissinger, although some people claim Golda Meir said it to him when he accused the Israeli prime minister of being paranoid about her Arab neighbors. Personally, I like to think Henry stole it from Golda. I’ve always thought he was too sneaky for his (and our) own good.

But whoever said it, the quote could be a motto for thriller writers. At the very least, it could be my motto.

I’ve written columns about where I get my ideas for my thrillers, which basically explain how I get them.

I believe I have noted that some ideas — reworked, of course — come from old movies (thank you, Turner Classic Movies), many from current events, and even some from dreams, when I can remember them. (I keep a pad next to my bed to jot down notes of what I can recall when I wake up; most of such scribblings I quickly destroy, lest they appear at a future commitment hearing.)

The where and how of my creative process, and those of other thriller writers, don’t explain the why. Many people watch TV, read the papers, and dream without trying to write a thriller or mystery. I’m not talking about talent, or ability, or facility with the written word. Again, many people are good with words and may write well. They may craft lovely poems, stirring memoirs, fine literary novels.

I think all thriller writers must have a touch of paranoia. Well, maybe more than a touch, in my case. Prior to my book-writing days, I once sat on a nonprofit board where, a few days after a particularly contentious meeting, one of the directors with whom I clashed invited me — out of the blue — to go fishing on his cabin cruiser. I had just watched the episode of “The Sopranos” where Tony took his pal Salvatore "Big Pussy" Bonpensiero out on his boat and rubbed him out. The guy who invited me owned a construction company. That was enough for me. I passed on the fishing trip, and then had to listen to the lug brag about all the fish he caught.

I’ve mellowed since then, and now channel most of my paranoia into my thrillers.

For example, last year I came across some articles on the Hadron Collider, which is the most complex machine built by man. It is a particle accelerator that is so huge, its main component, a roughly circular tunnel in which bits of matter are sent smashing into each other at nearly the speed of light, is 17 miles long and crosses into two countries, France and Switzerland.

Unlike American tunnels, there is no toll, but that’s not what caught my paranoid attention. What did was a statement by one of the scientists working at the collider that, contrary to fears expressed by some other scientists, the Hadron Collider, in its attempt to find the “God particle,” would probably not create a black hole that would be dangerous.

Since the black holes that we know exist are sucking entire galaxies into oblivion, I did not find the “probably” reassuring. So, I wrote a thriller about things that go badly askew at Hadron. However, I refrained from destroying anything larger than a section of the collider, since the book is part of a series, and obliterating the entire planet would be a mite short-sighted.

Am I being paranoid in thinking that Hadron will lead to catastrophe? Probably (there’s that word again!), but I check the morning papers to make sure Switzerland is still there.

More recently, I read an article in the New York Times about some scientists in Siberia who have discovered and revived an ancient Pithovirus that has been frozen in the tundra for 30,000 years. Pithoviruses are about 25 percent bigger than your run-of-the-mill virus like, say, Ebola, which means that only about 50 zillion of them can fit on the tip of a needle.

Fortunately, the scientists say, Pithoviruses usually only infect amoebas. The word “usually” is right up there with “probably,” so I’ve already started on a thriller in which amoebas get a pass, but the human race doesn’t.

Am I being paranoid? After all, these are the same scientists who thawed out a woolly mammoth and munched on the meat! We’re not talking M.I.T. here. More like G.I.T., as in the Gulag Institute of Technology.

Just thinking about a 30,000-year-old virus running amok has me feeling queasy, but that’s because I’m a bit of a hypochondriac, too — another trait I suspect is common to thriller writers…

Lawrence De Maria, once a Pulitzer-nominated New York Times reporter, has written more than a dozen thriller and mysteries on Amazon.com. His next mystery, Turtle Dove, will be out for Christmas, unless he catches a Pithovirus or is swallowed up by a black hole. His books are available at ST. AUSTIN’S PRESS (BOOKS BY DE MARIA).

Except when you’re emulating others…

The nuts and bolts of doing it your way