The Nonsense of an Ending 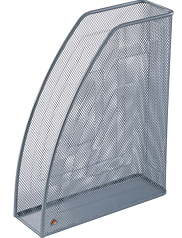 A few weeks ago, I received an email from a publicist, a woman I know slightly through her repeated (yet much appreciated) attempts to get me to write a takedown of the athletic director at the U.S. Naval Academy. Obviously not her client; instead, her scourge.

Her subject line read “Condolences.” It was then that I learned the worst. The Washington Post Magazine, the outlet for which she’d wanted me to write about that Annapolis SOB, was folding. It was a blow even more cruel when I learned the magazine’s official death — its final issue — would happen on Christmas Day, my birthday. What a gift.

The Post magazine, for anyone who hasn’t been following my career (how dare you!) has been my home for decades. Where else would I be able to write about a Versailles-level birthday party for a teacup poodle? A special-collections librarian maintaining his own database of all the manhole covers in Georgetown? Or about what caught that publicist’s attention in the first place: a female professor at the Naval Academy who’d inexplicably been denied tenure?

Never mind me. What about this extraordinary story of a daughter coming to grips with the death of her father?

It’s all so heartbreaking. For writers. For readers. And for my treasured editors, who will be hurt most of all. There’s not enough space here to get into the complicated reasons for shuttering a magazine. There must be an algorithm for that. Plus, I suspect Jeff Bezos is no bleeding heart. What’s done is done. And as a freelance journalist, I’ve long learned how to ply my trade “elsewhere.”

I spent the days following the news of the magazine’s death fielding emails like a grieving widow. “How are you?” was the entirety of one friend’s message. “Was it sudden?” asked another.

“I guess it’s time to pivot to pole dancing,” I responded to a friend who asked what I might do next. “You can borrow my shoes with the Plexiglas heels,” she responded.

I’m not sure she was joking.

It’s unbecoming to feel sorry for myself, but if I’m being truthful, it’s hard not to pull the covers over my head and hear Queen’s “Another One Bites the Dust” on a constant loop in my brain.

The one thing that has renewed my faith in humanity, though, is reading the outpouring of support for people like David Rowell, the magazine’s beloved longtime deputy editor. “It’s difficult to fully express how singular and special David is,” wrote journalist Caitlin Gibson on Twitter, “the amount of investment, attention, enthusiasm and care he poured into every single line of every single story he worked on, and how profoundly that shaped the work our readers ultimately encountered.”

I can only hope David Remnick is paying attention. Surely, he has a home for talent like this.